Joe Manchin Phone Call Leaks and It Has Massive Implications 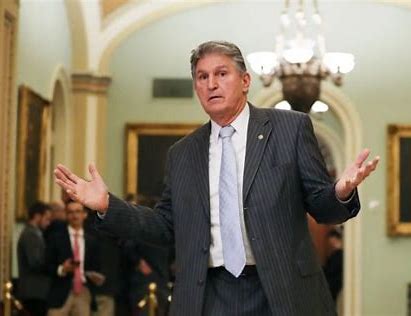 Sen. Joe Manchin has been one of just two Democrats, along with Kyrsten Sinema, to continually say that they aren’t open to abolishing the filibuster. To this point, the filibuster has stood in the way of Democrats seeking to pass all manner of insane bills. Previously, I opined that Sinema seemed more resolute than Manchin regarding her position. Well, that may have been a good bet on my part.

A leaked phone call between Joe Manchin and a political advocacy group reveals the machinations being attempted by the West Virginian senator behind the scenes. Not only is Manchin signaling he’s open to abolishing the filibuster, but he’s also targeting specific Republicans to try to get the so-called January 6th commission passed.

The meeting was hosted by the group No Labels, a big money operation co-founded by former Sen. Joe Lieberman that funnels high-net-worth donor money to conservative Democrats and moderate Republicans. Among the gathering’s newsworthy revelations: Manchin described an openness to filibuster reform at odds with his most recent position that will buoy some Democrats’ hopes for enacting their agenda.

The call included several billionaire investors and corporate executives, among them Louis Bacon, chief executive of Moore Capital Management; Kenneth D. Tuchman, founder of global outsourcing company TeleTech; and Howard Marks, the head of Oaktree Capital, one of the largest private equity firms in the country. The Zoom participant log included a dial-in from Tudor Investment Corporation, the hedge fund founded by billionaire Paul Tudor Jones. Also present was a roster of heavy-hitting political influencers, including Republican consultant Ron Christie and Lieberman, who serves as a representative of No Labels and now advises corporate interests.

Joe Manchin admitting he’s a liar to a bunch of billionaires, corporate interests is pretty on-brand. For the life of me, I have no idea why West Virginians continue to believe this guy is anything other than the Democrat that he is. But he’s not even a Democrat with principles, far-left or otherwise. Rather, he’s a throwback to the crony-capitalist “blue-dog” wing, playing harmless moderate while always seeming to find a way to go against his constituents.

Regardless, the implications here are huge. If Manchin is now scheming to blow up the filibuster unless he gets Republican buy-in on Democrat priorities, that puts everything in a very precarious position, leaving Sinema as the last line of defense for Republicans. And while I generally like Sinema, she’s still a Democrat. Manchin’s position seems to be “let me cut your head off or I’ll cut your head off.” That’s not good news for a GOP that had been relying on him to hold the line given he’s from the reddest state in the union.

Yet, the fact that this call was leaked does change things. For starters, Sen. Roy Blunt, who Manchin named specifically as a weak Republican to be flipped, won’t be able to cross the aisle now without looking like a total chump. Manchin’s cover is also blown in regards to using the filibuster as leverage. No Republican is going to trust him past this point and it likely means any bi-partisan infrastructure deal is dead (which is a good thing).

Whoever leaked this probably did it precisely because they wanted to thwart Manchin’s plan. That’s the silver lining here for Republicans. Will Manchin walk all this back when asked? We’ll find out soon enough. Some reporter is going to be shoving a mic in his face the first chance they get.