WHO AND WHAT IS BIDEN’S DR. RACHEL LEVINE? 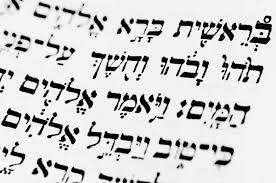 Who or what is Pres. Biden’s pick for Health and Human Services (HHS) Secretary Dr. Rachel Levine?  That is the question.  “She” is really a he.  The good doctor is a homosexual male who is impersonating a heavyset Jewish woman and acting out this fantasy in public.  Biden is playing along and expecting America to as well.  This is what they do now, pretend these people are real women and expect others to indulge the fantasy.  This is according to the Socialist doctrine of Political Correctness.

The American Psychiatric Association treated homosexuality as a mental disorder, until they bowed to political pressure.  They now claim that not only is homosexuality not a mental disorder, but anyone who thinks so is the crazy one.  Hence, the definition of “homophobia” was changed from “the fear of people (homo sapiens)” to the “fear of homosexuals.”  This Dr. Levine guy thinks he is a woman named “Rachel,” and we’re the crazy ones.  Riiiiiight.  “What is the problem if Dr. Levine thinks he is a woman and Joe Biden plays along?”  Here is the problem.

Biden and Dr. “Rachel” Levine are advocating sex change operations for children as young as eight.

When asked recently by Sen. Rand Paul (R-KY), this Dr. Levine stated that he is in favor of performing the sex change operations on street urchins.  He said, “Yeah, well, if they’re street kids, we’ll do it even sooner.”  You know who is going to pay for that, it’s us, the taxpayers who are being forced to subsidize sin against our religion.

Okay, if a child is homeless, living on the streets, and gay, they are likely being used as child prostitutes for adult gay males.  Dr. Levine and the Biden administration should be getting them off the streets to protect them, not grooming them with plastic surgery to look more appealing to their gay predator customers.  When a society gets to the point of not only tolerating, but also encouraging, financing, and indoctrinating child prostitution, than that society is doomed.

Under the Equality Act, radicalized teachers can convince children that they are “born in the wrong body” and the state can force these demented science experiments to be performed on children, without parental consent and contrary to their wishes.

Dr. Levine is not a woman.  He has no uterus, womb, or female chromosomes.  He’s certainly not much of a doctor.  It is a sick fantasy being pushed on the American public.

5 thoughts on “WHO AND WHAT IS BIDEN’S DR. RACHEL LEVINE?”