When will the Ridiculous Mask Religion End? 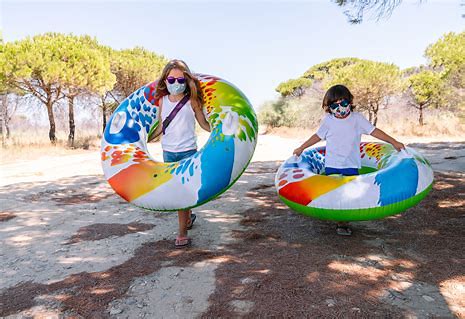 People’s experiences with summer camps differ, but from personal experience, it was a fun time to play sports, swim in lakes, sleep in cabins, and compete in various camp competitions.

It was also swelteringly hot.

In a sane world, we’d never tell kids who are sweating profusely and attempting to catch their breath after running 50 yards to put their mask on for “safety,” however, that’s exactly what the CDC is saying kids at summer camps need to do in order to keep everyone safe.

Here are the guidelines according to Mercury News:

No one in their right mind would put a piece of cloth over someone’s mouth in the dead heat of summer, especially while they’re active and exerting a lot of energy. Common sense tells us that doing this would even be dangerous. Inhibiting breathing at that time could result in overheating and lack of oxygen.

It’s almost like the people making the rules don’t know what it is to be in the heat under those conditions. Either that or they’re too far removed from the memory to care.

Welcome to the world of bureaucracy. While the profession may different, the look is always the same. It’s usually people in well-conditioned rooms wearing suits, making decisions for people they’ve never met based on a one-size-fits-all approach to problem-solving. These “solutions” these bureaucrats come up with can go from absurd to harmful thanks to the fact that their detachment from the situation forces them to look at everything in terms of numbers and, too often, self-interest.

Whoever is cooking up these rules at the CDC seems to have tunnel vision. Their approach doesn’t take anything into account but the virus itself. The human element seems weirdly ignored despite the fact that it’s the human race that’s the primary concern. These experts don’t seem to take into account that the rules they’re creating aren’t just inhibiting a virus, they’re having real effects on the people.

In this case, the CDC’s approach to tackling the virus is counterproductive. Sure, a mask might limit the distance someone’s breath travels, but in this case, the subject will hardly be able to breathe now. They’ve addressed virus concerns but have opened the door to a whole host of other immediate problems.

It’s like fixing a broken toe by cutting off the foot.

It’s clear the CDC doesn’t get the species it works for. Humanity doesn’t happen in a lab. Control and precaution don’t exist to the extent it does in their sterile environments. Life is wild, dangerous, risky, and worth it. Over-precaution isn’t living and trying to make things “safe” like they’d like to is unrealistic. I might not know these doctors and scientists personally but I can easily conclude that if they knew what it was to be a kid at summer camp, they’d laugh off these recommendations themselves.

But here is it is. The absurdity and stupidity of bureaucracy on full display, and remember that the CDC isn’t the only entity making rules in its ignorance. There are halls in Washington D.C. swarming with out-of-touch bureaucrats who love making rules for you too.

One thought on “When will the Ridiculous Mask Religion End?”