US Airlines Cancel Flights to Tel Aviv Amid Escalating Conflict 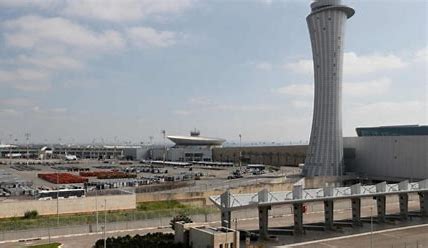 United Airlines, Delta Airlines , and American Airlines have canceled flights between the United States and Tel Aviv, according to data by flight tracker FlightAware, amid an escalating conflict in Israel.Israel said it killed 16 members of the Hamas armed wing in Gaza in a barrage on Wednesday and Palestinian militants rained rockets into Israel in one of their most intense hostilities in years.United Airlines said it had canceled flights from Chicago and Newark to Tel Aviv on May 11 and flights from San Francisco and Newark on May 12.

“We have issued a travel waiver to allow customers to adjust their travel through May 25 and will continue to monitor the situation,” a United spokeswoman said.A spokesman for Delta, which flies to Tel Aviv from New York’s John F. Kennedy International (JFK) airport, said it has issued a travel wavier for flights between May 11 and 13 and has “no determination about resumption at this juncture.” American Airlines, which also flies to Tel Aviv from JFK, did not immediately comment. El Al Israel Airlines said earlier on Wednesday it stood ready to operate extra flights as required “to keep Israel’s skies open.” This could include special flights to repatriate Israelis stranded “in locations from which it is not possible to return home,” it said in a statement.

Israel on Monday briefly halted takeoffs from its main Ben Gurion Airport and diverted incoming flights after a Hamas rocket barrage on the Tel Aviv area. The country has a smaller airport in the south, called Ramon, designed to serve as a stop-gap should wartime threats force longer closures of Ben Gurion.Since last Monday, some 1,000 rockets have been fired into Israel, as terrorist groups in the Gaza Strip and the IDF clash amid tensions over Jerusalem.Rockets from Gaza have killed six Israelis, including a father and a daughter when one rocket made a direct impact in Lod.Another casualty was Omer Tabib, an IDF soldier who was set to be released next month.