Update on New Jersey School ‘Hitler Story’ in Tenafly, where 5th Grader was Encouraged to Write about his Favorite Hero—Hitler: 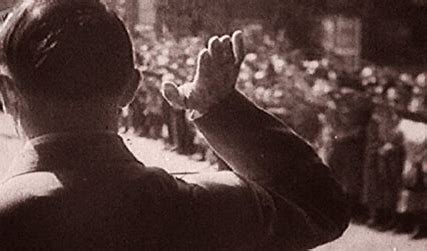 TENAFLY, N.J. (AP) — A New Jersey elementary school teacher will resign and a principal will be reinstated after an investigation into an incident involving a student who wrote an essay in Adolf Hitler’s voice.

The school board voted to accept the teacher’s resignation and reinstated the principal, NorthJersey.com reported.‘I was pretty great, wasn’t I’: NJ student’s Hitler presentation under investigation, school district says

The controversy began when a photo of the student’s assignment was posted on social media.

The project was written in first-person narrative as if the student was Hitler.

“My greatest accomplishment was uniting a great mass of German and Austrian people behind me. I rose to power as the leader of the Nazi Party, becoming chancellor in 1933 and then assuming the title of führer und reichskanzler in 1934,” the assignment read. “Führer and reichskanzler means leader and chancellor. I was pretty great, wasn’t I? I was very popular and many people followed me until I died. My belief in antisemitism drove me to kill more than 6 million Jews.”

According to the social media post, it was written by a fifth-grader who also dressed as Hitler during their presentation, and their choice of topic for the assignment was approved by the teacher in advance.

The teacher and the principal were put on paid leave during the investigation.

The school board and administration are working with the reinstated principal to create a safer environment for students moving forward.