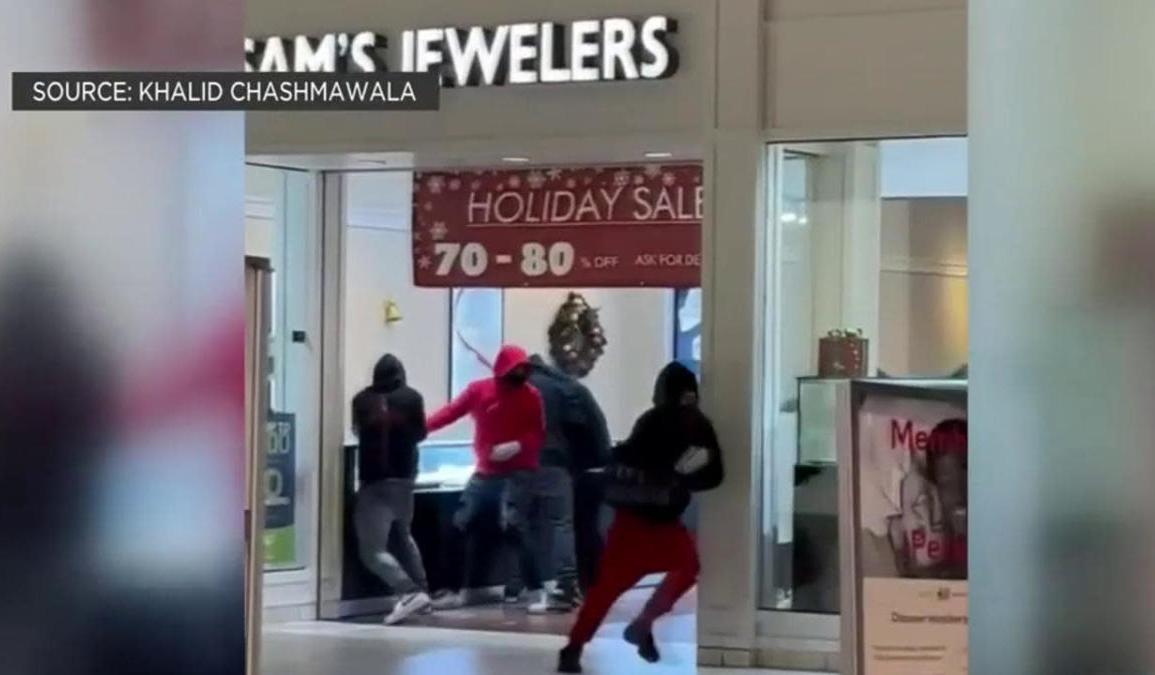 Another mob of looters targeted several San Francisco Bay Area retailers on Sunday night, marking the third such incident in as many days.

Police told CBS San Francisco that they responded to the multiple calls of smash-and-grab looting incidents at the Southland Mall in Hayward, located south of Oakland and north of San Jose. They told the station that robbers used hammers to smash cases before running off with jewelry at a jewelry store.

“I would say at least 30 to 40 [people] from what I saw,” an unnamed witness told San Francisco CBS Local, which was corroborated by another witness. “But then after the main group of kids rushed out, we saw 15 to 20 scattering, some even came back in.”

A nearby Macy’s store in the mall was also ransacked, witnesses told the station.

“We saw all the other stores closing. They were panicking, so we were panicking and quickly closed our store and barricaded ourselves,” said another female witness.

“It was very scary,” added another to the news outlet. “People with no morals, no sense for other people’s safety. I feel helpless. It’s disturbing.”

Video footage uploaded of the incident at the Sam’s Jewellers showed throngs of people wearing hoodies grabbing items from the store.

Speaking to the San Francisco Chronicle, Hayward police Lt. Mark Ormsby said the looters targeted the jewelry store at about 5:30 p.m. local time Sunday. The looters, he said, then fled in waiting vehicles outside the mall.

No arrests were made on Sunday evening, he told the paper.

Those looters hit the store about an hour after the jewelry store in Hayward was targeted. It’s not clear if the two incidents are linked.

It’s not clear if the robberies in Hayward and San Jose were connected to mass looting incidents at a Nordstrom location in Walnut Creek on Saturday or the one that targeted a Louis Vuitton store among other businesses in San Francisco’s Union Square the day before that. There were also reports of looters targeting marijuana dispensaries in Oakland over the weekend.

Looting incidents were commonplace in cities across the United States in the summer of 2020 amid left-wing riots, protests, and arson attacks. While there were protests in Chicago, New York City, and other major cities over the weekend following Kyle Rittenhouse’s acquittal, it’s not clear if the Bay Area looting was connected.