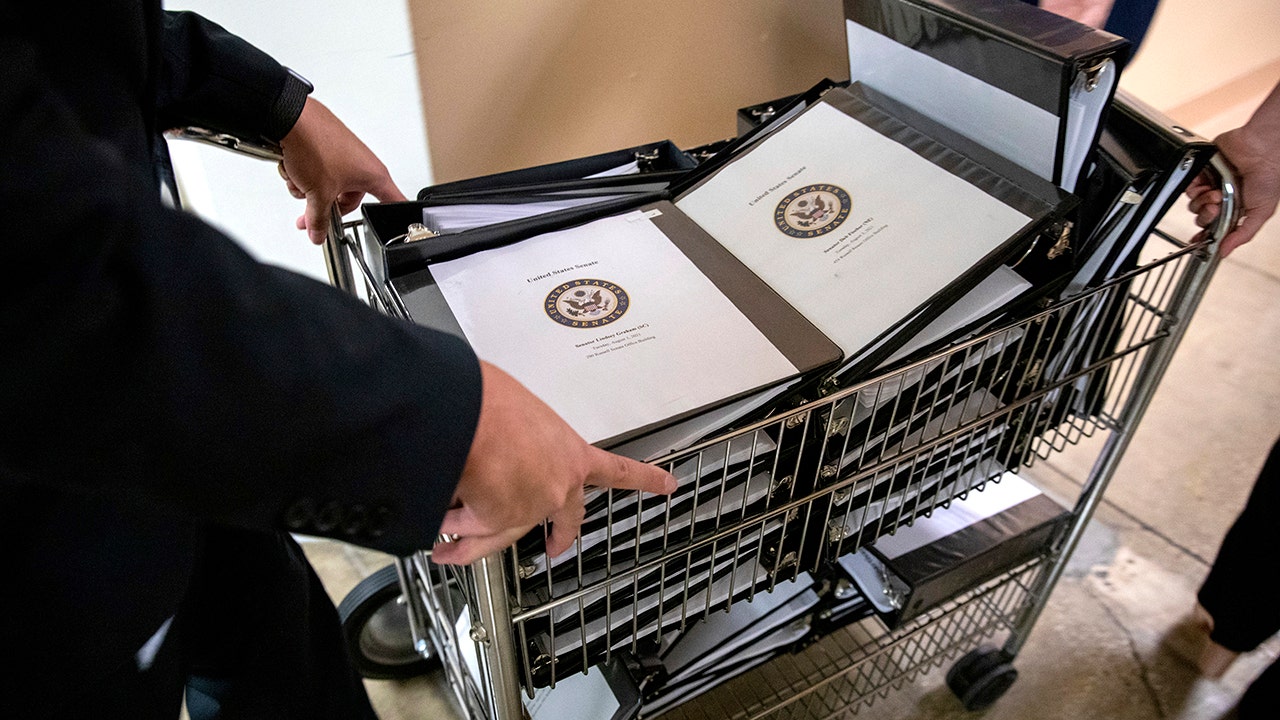 The bipartisan Senate Infrastructure Bill is a sprawling 2,700-page document that will distribute an estimated $ 1,000 billion in federal funds to projects and agencies across the country, aimed at helping build better infrastructure in the USA.

The deal that was struck over the months by a group of bipartisan senators won the support of 17 Republicans last week in a procedural vote that brought it closer to passage. The moderates behind the legislation say they are proud of the “historic” legislation and that it will be good for Americans.

But some Republicans are sounding the alarm bells about supposedly unnecessary spending that will not serve what is supposed to be the narrow purpose of the bill: to improve the functioning of roads, bridges, water, broadband and electricity. other physical infrastructure.

“The politicians in Washington are trying to spend billions of dollars on so-called infrastructure solutions, even though most of their answers have nothing to do with roads and bridges that would actually serve the American people,” he said. Sen. Mike Lee, R-Utah, said last week when announcing his opposition to the bill.

“The costs will be high and the results will be few,” added Lee.

Among the unusual provisions of the bill is the Healthy Streets program, which begins on page 386 of the bill. It would provide grants to nonprofits and state and local governments with the aim of making urban areas more environmentally friendly. It will receive a total of $ 500 million over a five-year period.

Recipients can also use the money to study “urban heat islands to identify hot spots of extreme heat or air pollution”, to plant trees in urban areas and to deploy “cool pavements” and air pollution. “Porous pavements”.

“Practices favorable to pollinators” for roadsides

Another section would focus on “pollinator-friendly practices on roadsides and road rights-of-way”. It would cost $ 10 million over five years. It would provide grants to plant roadside wildflowers, remove “non-native grasses” and pay consultancy fees for advice on pollinator-friendly roadside management. This section begins on page 474.

Study of driving under the influence of marijuana

The bill also authorizes a number of studies and reports – indeed, the word “study” appears over 300 times in the act. “Report” appears more than 500 times.

On page 1201, the bill would authorize a report to make recommendations to “increase and improve, for scientific researchers studying impairment while driving under the influence of marijuana, access to samples and strains of marijuana and products containing marijuana ”. More succinctly, the bill will include a report on how to improve graduate driving education.

Study of the impact of road traffic on endangered species

On page 183, the bill would require a study of “the state … of the practice of methods to reduce collisions between motorists and wildlife”. The study should examine not only the causes of these collisions, their impact and potential solutions, but also “the impacts of road traffic on … species listed as threatened or endangered” and “species identified by states. as species in greatest need of conservation. “

Perhaps one of the provisions of the bill that has the potential to affect the greatest number of Americans over time is the requirement beginning on page 1,067 that new cars contain “advanced driving technology in good condition.” intoxicated and impaired ”.

This technology, according to the bill, “would passively monitor a driver’s performance” and “whether that driver may be impaired.” It would also “passively and accurately detect whether the driver’s blood alcohol level of a motor vehicle” is too high to drive and prevent the car from driving if so.

More concise, vehicles will need to check if their drivers have been drinking and will stop if they think so. The policy is a long-running Mothers Against Drunk Driving (MADD) project, and the group is doing a winning ride online over its inclusion in the bill.

“The infrastructure bill awaiting a US Senate vote comprises the most important and vital public policy in MADD’s 41-year history. Requiring prevention technology in all new vehicles will mark the beginning of the end of drunk driving! the organization tweeted.

And as part of a section to encourage more women to become truck drivers, which begins on page 879, the bill would also create a “Women in Truck Advisory Council”.

The council’s objective will be to train and mentor women who wish to become truck drivers and to recruit more of them to join the industry. This bill requires at least eight members on this council, which will specifically study “barriers and trends that impact minority groups of women” and examine “security risks unique to women in the clothing industry. trucking ”, among others.

The board of directors will have to produce a report for Congress.

The bill, of course, addresses many more traditional things that one might consider infrastructure, including over $ 260 billion for the National Highway Performance Program. It also provides $ 5 billion for clean, “zero-emission” school buses and funds a variety of transit programs.

Among the public transport spending, there is a reauthorization of the pilot program to carry out accelerated projects to the tune of $ 15 billion over five years. This pilot program funds rail projects and other similar infrastructure efforts that are already underway. Its most prominent beneficiary has been the Bay Area Rapid Transit (BART) project to build a suburban rail tunnel under San Jose, California.

The infrastructure bill money is not a specific earmarking for this project like the one that was included in the coronavirus stimulus bill earlier this year. It goes to the program itself, not to a specific project. But it’s possible that the Federal Transit Administration will make future grants for the BART tunnel project, which is overdue and over budget.

Senators will continue to vote on amendments to the bill on Wednesday. Senate Majority Leader Chuck Schumer, DN.Y., who has wired a sense of urgency for the legislation to pass, is expected to call for a procedural vote on the bill this week.

That would set up a final Senate passage of the giant legislation – which has only been public since late Sunday night – for next week.