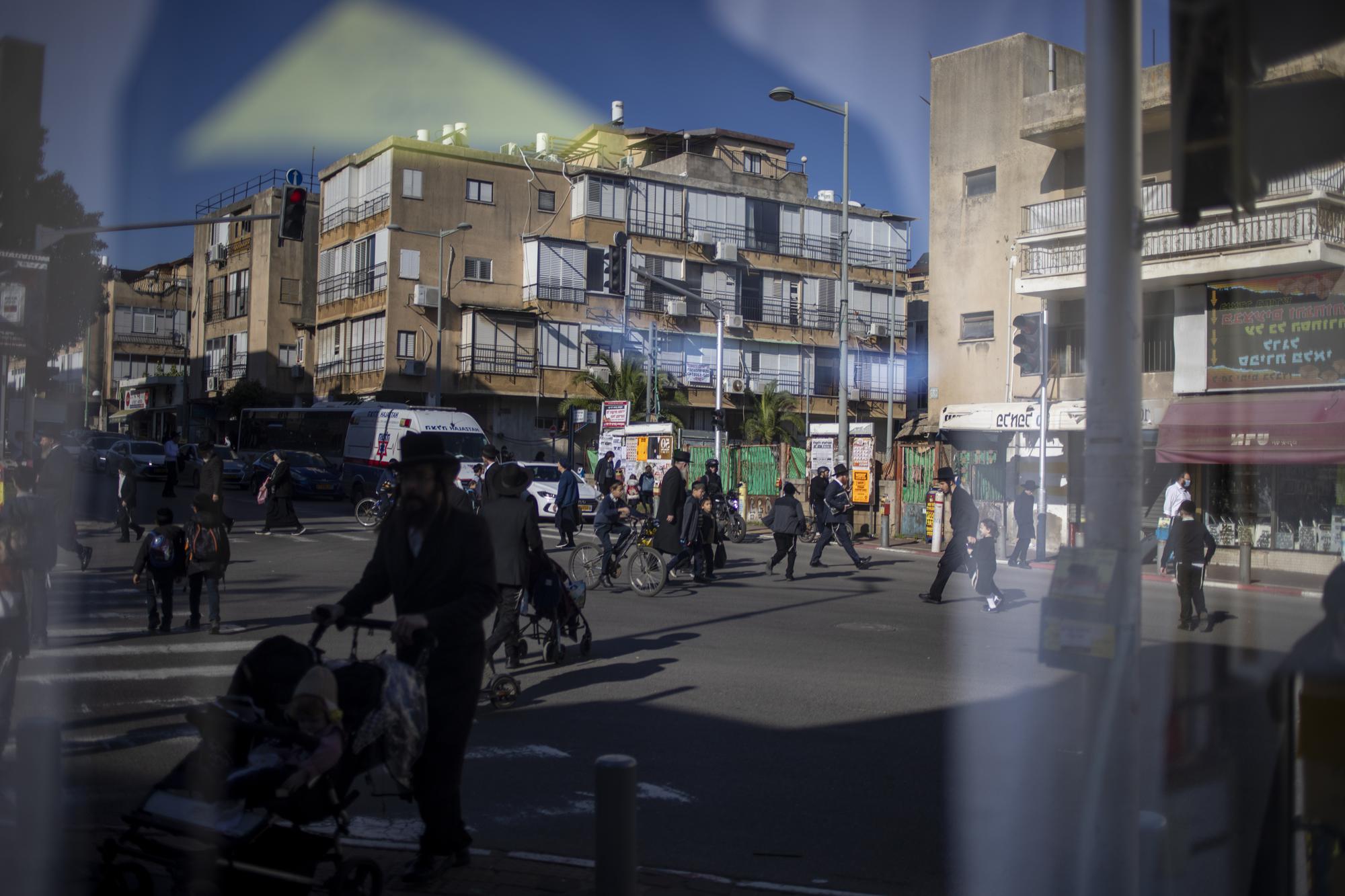 For months we have been reporting on the COVID vaccine issue. Admittedly we have been leaning towards the opinions that suggest great caution. We cannot however advocate outright refusal of the Vaccine as we do not posses the medical expertise to do so.

Nevertheless, we continue to advocate great caution and independant research since many medical professionals advocating the ‘JAB’ are by themselves not qualified to advise on this. Few local physicians are well versed in epidemiology let alone the ‘COVID’ virus. IT is clear in many cases that even the medical community advocating the ‘JAB’ are doing so out of political interest or outright fear of the future of their careers.

But we will site the news on ‘THE OTHER SIDE OF THE STORY’ out of journalistic fairness to the community. The following is a report by AP News on the current status of efforts by various communities around the globe who are attempting to achieve 100% of popular vaccine status.

In Germany, Lutheran pastors are offering COVID-19 shots inside churches. In Israel’s science-skeptical ultra-Orthodox community, trusted rabbis are trying to change minds. And in South Africa, undertakers are taking to the streets to spread the word.

The funeral directors’ message: “We’re burying too many people.”

A year after the COVID-19 vaccine became available, traditional public health campaigns promoting vaccination are often going unheeded. So an unconventional cadre of people has joined the effort.

They are opening sanctuaries and going door to door and village to village, touting the benefits of the vaccines and sometimes offering shots on the spot.

As the outbreak drags on into a third year, with the global death toll at 5.4 million, vaccine promoters are up against fear, mistrust, complacency, inconvenience and people who simply have bigger worries than COVID-19.

On a December day, a convoy of hearses with sirens wailing drove up to a shopping mall in Johannesburg’s sprawling Soweto township.

“Vaccinate, vaccinate!” Vuyo Mabindisi of Vuyo’s Funeral Services said as he handed out pamphlets on how to avoid COVID-19. “We don’t want to see you coming to our offices.”

Several people responded with curiosity and questions, while others carried on with their shopping.

With a population of 60 million, South Africa has reported 3 million-plus COVID-19 cases, including over 90,000 deaths. Those are the highest figures in Africa. Only about 40% of South Africa’s adult population is fully vaccinated, and that is one of the best levels on the continent. After a fitful start, there is ample vaccine.

Thabo Teffo, a 32-year-old bank employee, was among those seeking shots recently at a Soweto church.

Teffo said he had been skeptical but came under pressure from his parents and two vaccinated sisters, and also had a recent health scare that turned out not to be COVID-19.

“That encouraged me to go ahead and get vaccinated for my peace of mind and to protect my family,” he said.Funeral parlor hearses drive in a convoy through Soweto, South Africa, Tuesday Dec. 7, 2021.

German pastor Christoph Herbst believes giving COVID-19 shots in surroundings that feel more familiar than medical settings may help. That’s why he and several other Lutheran pastors in the Saxony region contacted an aid group to offer shots inside their churches, despite sometimes violent anti-vaccination protests in recent weeks. Some pastors have been criticized and even threatened.

“We believe that we have a responsibility that goes beyond ourselves,” said Herbst, of St. Petri church in the eastern city of Chemnitz. “We’re not doctors and we’re not professionals. But we have the space and we have volunteers who can organize something like this.”

Herbst opened St. Petri’s wrought-iron doors on a recent vaccination day and sighed with relief when he saw the long line of people waiting in the cold.

Retirees Hannelore Hilbert and her husband came to get booster shots in time for the holidays.

“Last year’s Christmas was really sad. We were all alone,” said the 70-year-old Hilbert, who looked forward to celebrating with at least some of her five grandchildren in person — not on Skype, like last year.

The Western-made vaccines have proved extraordinarily safe and remarkably effective overall at preventing COVID-19 deaths and hospitalizations, and experts say that seems to be holding true even amid the spread of the highly contagious omicron variant. Health authorities warn that low vaccination rates are giving the virus more opportunities to mutate into new variants.

Herbst said many naysayers are concerned about possible side effects, feel they are overly pressured by authorities, or resent any measures supported by the government. Some feel discriminated against as East Germans, because not all their hopes have been fulfilled 30 years after communism’s collapse.

“It’s important that there’s a space where we listen to each other without immediately lapsing into condemnation,” Herbst said.

Chicago community activist Caesar Thompson uses that same approach as he knocks on doors in struggling Black neighborhoods hit hard by the virus.

Thompson, 44, is a “vaccine ambassador” enlisted by city health authorities. He said the idea is not to strong-arm or cajole. Instead, he said, he offers information, answers questions and lets people know he can sign them up to receive shots in their homes or nearby.

Thompson has a salesman’s gift of gab, and he has used it at churches, train stations, parks, flea markets — almost anywhere people gather.

Thompson said it helps that he’s “just a guy on the street.” “You might even know me if you live in my neighborhood,” he said.

In communities he targets, the coronavirus is often not the most pressing concern, Thompson said. For people in crime-ridden neighborhoods who lack jobs or health insurance and are struggling to feed their families, “COVID is down the list for them,” he said.

In conservative Wyoming, the vaccine can be a hard sell. Commissioners in Campbell County voted against using federal dollars for an education campaign about the vaccines, worrying that it would smack of a mandate. The county’s vaccination rate is about 27%.

Gabby Watson, 23, of Gillette, said she has no intention of getting vaccinated “because I’m really healthy and take care of myself. I’m just not a high risk for COVID. I just don’t see the reasoning for me to get the vaccine.”

She said the U.S. government is pushing COVID-19 vaccines too hard.

Suspicion of secular authorities is rampant in Israel’s community of ultra-Orthodox Jews, They shun many trappings of modern life, follow a strict interpretation of Judaism and rely on rabbis to guide many life decisions. While some rabbis have encouraged vaccination, others have taken a less aggressive approach.

The ultra-Orthodox have some of Israel’s lowest vaccination rates and have been hit hard by the pandemic.

Now, facing omicron, Israeli officials “are going on the offensive,″ said Avraham Rubinstein, the mayor of Bnei Brak, the country’s largest ultra-Orthodox city. They are deploying mobile vaccination clinics and enlisting prominent rabbis in the community.

Yossi Levy, a 45-year-old ultra-Orthodox Jew, recovered from the virus earlier this year, as have his eight children and wife. He has repeatedly booked and canceled COVID-19 vaccine appointments.

“It isn’t something pressing. I’m not opposed to it. It’s just laziness,” Levy said.

While Israel’s vaccination rates for the second dose among the general population hover around 63% and the booster at 45%, in the ultra-Orthodox community the numbers are around half of that.

The ultra-Orthodox — 13% of Israel’s population — tend to live in crowded neighborhoods, with large families in small apartments, where sickness can spread quickly. Synagogues, the centerpiece of social life, bring men together in small spaces. Also, half of that population is under 16 and only recently became eligible for vaccination.

Gilad Malach, who heads the ultra-Orthodox program at a Jerusalem think tank, said there is a “double fear: fear of the state and fear of science. There is no basic trust in these entities.”

In India, complacency is contributing to a low rate of second shots among the population of 1.4 billion: 40% are fully vaccinated and around 19% have received just one shot.

The country has recorded nearly 35 million cases and over 450,000 deaths.

In Uttar Pradesh, India’s most populated state, Rohit Kanojia received his first shot in August but didn’t get the second one.

“I forgot,” the 23-year-old said, adding that people are no longer afraid of COVID-19. People roam around without masks and no one maintains social distance, he said. “Life is almost normal.”

All contents © copyright 2021 The Associated Press. All rights reserved.