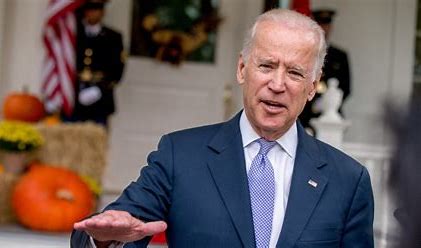 While on the campaign trail, Joe Biden said he had a plan to fight COVID and would shut down the virus. With an unrelenting and agenda-driven media aligned with Biden, millions of voters bought into Biden’s messaging about the pandemic; millions were duped.

Now, less than a year after he took office, the public admits Biden has been a categorical disaster. Between his administration admitting they were not prepared for variants and Biden’s factually incorrect, doomsday messaging of a “winter of death,” the country is tired of Biden’s failed leadership.Next VideoFDA expected to authorize pills that treat COVID-1901:14×00:31/01:07

A new Monmouth University poll reveals that only 46% of the country feels that Biden has done a “good job” in handling the pandemic. Before this poll, 53% supported Biden’s pandemic efforts.

Of particular importance is that the decline in support for Biden has occurred mainly in the states Biden won in 2020. According to the polling data, 60% in these states said Biden did a good job as recently as last month. It has dipped to just 47% now. Interestingly, in the states Biden lost, there has not been much change.

“We just came out of an off-year election in Virginia and New Jersey where blue states did not look so blue. The failure to get Covid under control may be playing a role there, especially for independent voters, in a growing sense of frustration with the party in power,” said Patrick Murray, director of the independent Monmouth University Polling Institute.

The trend appears to suggest that people have caught on to candidate Biden’s false promises. Nearly everything Biden has said he would accomplish regarding the pandemic he has failed to do. More people have died from COVID under Biden than did under Trump — and that is with the benefit of hindsight and a year’s experience in dealing with the pandemic.