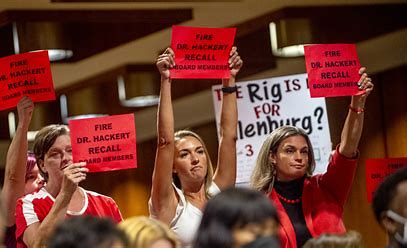 AP reports that the AG of the US is creating department to monitor and arrest if necessary ‘loud’ and ‘active’ protesters against the teaching of Critical Race Theory in schools, as domestic terrorists.

Since the summer, many citizens, particularly mothers of children in schools, have been actively protesting the push by the Marxist left in America to teach CRT in the school systems. They have been joining school boards in order to take back the power of their citizenry against the political left whom are destroying America with their Marxist leftist policies, now fully supported by the current administration.

“Attorney General Merrick Garland on Monday directed federal authorities to hold strategy sessions in the next 30 days with law enforcement to address the increasing threats targeting school board members, teachers and other employees in the nation’s public schools

In a memorandum, Garland said there has been “a disturbing spike in harassment, intimidation, and threats of violence against school administrators, board members, teachers, and staff who participate in the vital work of running our nation’s public schools.”

To address the rising problem, Garland said the FBI would work with U.S. attorneys and federal, state, local, territorial and tribal authorities in each district to develop strategies against the threats.”