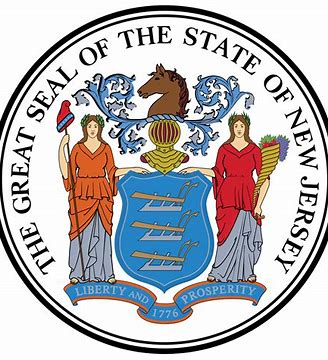 President Donald Trump caught in the middle of a three-way primary between Republicans in New Jersey will probably not make an endorsement.

There are three Republican gubernatorial candidates looking to unseat incumbent Democrat Phil Murphy in November, but first, they will have to battle each other in the June primary election to get there.

Former U.S. President Donald J. Trump has been making endorsements in the critical midterm races, but few are as important as the showdown in New Jersey in 2021. It’s one of just two regular elections for governor this November, minus California Governor Gavin Newsome’s recall vote.

Trump has already made 22 endorsements of candidates for U.S. Senate and U.S. Congress in the 2022 midterms, but why hasn’t he endorsed a candidate in New Jersey just two months before the primary election?

According to insiders, the problem is as simple as a split within the Trump organization on who to endorse. There are three major candidates running, Jack Ciattarelli, Hirsh Singh and Philip Rizzo.

One thing seems certain. Jack Ciattarelli will probably not be getting the former President’s endorsement. Ciattarelli has been a very outspoken ‘Never Trumper’. He once called Trump a charlatan who was “unfit to be President of the United States.”

It seems the Trump organization is going to hold Ciattarelli to his words, even though he has slightly ‘faux’ supported Trump in recent months.

Even though Ciattarelli has the establishment Republican party line statewide, the decision will most likely be between real estate agent and Jersey City pastor Phil Rizzo and Hirsh Singh. It’s not in the former President’s best interest to openly endorse one of his biggest detractors in New Jersey, Ciattarelli. Ciattarelli has surrounded himself with Trump “frenemies” and the President probably knows this.

Rizzo has the apparent backing of the Bill Stepien aligned faction of New Jersey political insiders. Rizzo also has the backing of once-powerful Ocean County GOP Chairman George Gilmore and NJ 101.5 radio hot-air talkshow host Bill Spadea behind him. Rizzo has also claimed he raised the amount needed for matching funds, but to date, his financial quarterly report has not yet been published for public review by the New Jersey Election Law Enforcement Commission.

Last week, Rizzo was hit with a by Candidiate Citterelli who accused him  how the candidate lives lavishly in a $2 million North Jersey estate bought and paid for by a small Jersey City church where Rizzo serves as pastor.

Rizzo has received the backing of many pro-Trump insiders in the Garden State, but he also admitted he didn’t vote for Trump. While his words weren’t as harsh as Ciattarelli’s Rizzo dismissed the former president as an unviable candidate in 2020.

Both Rizzo and Ciattarelli admitted they did not vote for Trump in 2016.

They will both be facing off against Hirsh Singh who ran for U.S. Senate in 2020 and for New Jersey Governor in 2017. Singh has been an avid supporter of the former President, but he has few fans within the New Jersey political establishment because he’s seen as an outsider who wants to meddle in their affairs and disrupt the “Trenton Swamp” as he calls it.

When it comes to top-shelf candidates in New Jersey, Singh has been one of the former President’s biggest supporters and regularly attended conservative Republican rallies in support of Trump’s 2020 campaign. Singh is rumored to be backed by former Trump campaign manager Brad Parscale.

In this race, Trump capos Parscale and Stepien are not only at odds with each other, but they are running political campaigns against each other.

That’s why you might not see Trump make an endorsement in New Jersey before the primary. It is rumored that the committee to endorse a candidate in the name of Trump must be a unanimous decision among the committee.