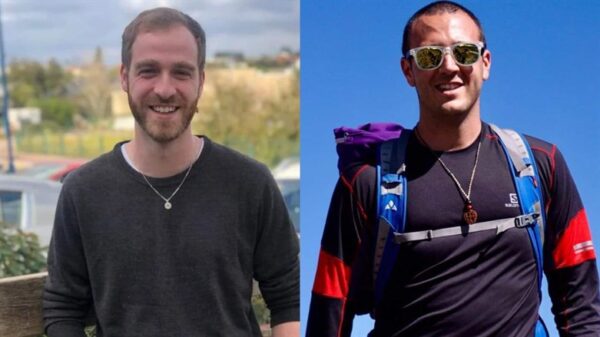 Tomer and Eitam, both 27, grew up together in Kfar Saba and were killed in a shooting attack in Tel Aviv.

Tomer Mordad and Eitam Megini have been named as the victims of the deadly Thursday night shooting attack in Tel Aviv.

Morad and Megini, both 27, grew up together in Kfar Saba and were killed in the Dizengoff Street shooting attack in Tel Aviv.

The two were childhood friends and apartment-mates in Tel Aviv.

Gal Benvenisti, a childhood friend of the two, told Galei Zahal, “They agreed to meet up with friends in a pub, came early, and the terror attack caught them. Eitam and Tomer are people who even if their hand was cut off, they would send a message that everything is okay. After an hour during which they did not call – we started to understand what had happened on our own.”

“Great sorrow has descended upon our city,” Kfar Saba Mayor Rafi Sa’ar said. “We woke up to an unbearable morning, with the difficult news of the murder of two of our city’s dear sons – Eitam Megini and Tomer Morad, aged 27, childhood friends who grew up and were educated in our city of Kfar Saba, and some of the best of our sons.

“My heart is with the families of the murdered, dear and beloved families. The emotions are difficult and mixed with anger, frustration, and pain. There are no words and there is no comfort for those who lost their children. We will support the families and we will do everything in order to protect our lives and continue the battle until we will win – because we have no other option, and we have no other land.”