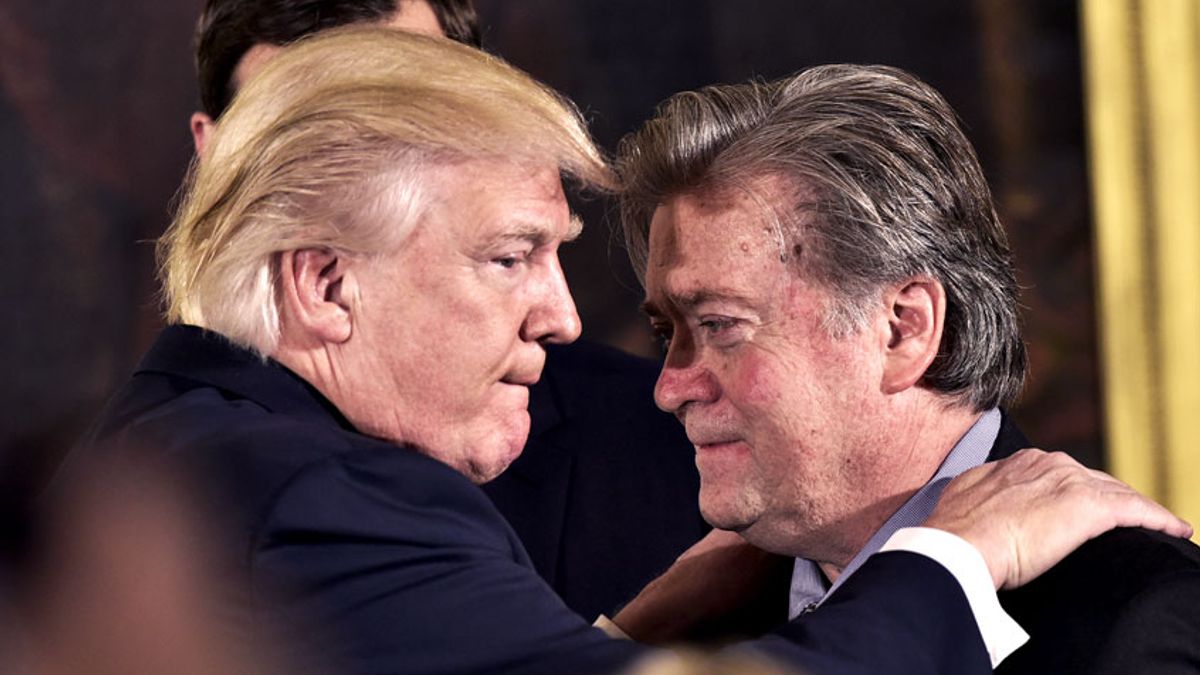 Former Trump adviser Steve Bannon was indicted by a federal grand jury Friday, charged with contempt of Congress for refusing to answer questions from the House Committee investigating the Jan. 6 Capitol riot.

The indictment is a first. No one has ever been prosecuted before for contempt of Congress when executive privilege was asserted. The past cases involved defendants whose testimony was sought regarding their government service. Bannon, by contrast, left his White House job in 2017, well before the period of interest to the House committee.

The fact that the Justice Department was willing to charge him with criminal contempt, despite an assertion of executive privilege, may help persuade other reluctant witnesses to agree to cooperate with the committee’s investigation.

The committee has subpoenaed 16 former Trump White House officials for testimony, documents or both.

The incredible thing is that back during the OBAMA administration, then AG Eric Holder was slapped with ‘Contempt of Congress’ when refusing to furnish documents relating to the infamous fast-and-furious investigation when an agent for the Government was killed because of DOJ negligence.

Holder ran out the clock, played games with Congress and walked away with no further issue. If the DOJ proceeds with this indictment, it will end up seeing a long protracted court case and will ultimately be tried in the court of Public Opinion. This is a bad move Mr. Obama