This is a Story that in the Past Would have Been a Fictional Novel: 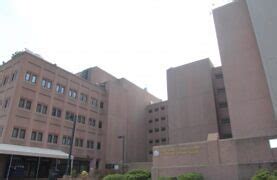 Convicted Murderer Wins Election to Office in DC From Behind Bars

A still-incarcerated convicted murderer made history in the nation’s capital when voters recently elected him to one of the District of Columbia’s Advisory Neighborhood Commissions, which advise the local government on neighborhood issues such as police protection, parking, zoning, liquor licenses, and trash collection.

Joel Caston, 44, has been imprisoned for 26 years after a jury convicted him of first-degree murder in the Aug. 14, 1994, ambush slaying of Rafiq Washington, 18. He is expected to be released from the D.C. Central Detention Facility either this or next year.

Getting elected while behind bars is difficult, but not impossible.

For example, Joseph D. Morrissey, originally a Democrat, was reelected as an independent candidate to the Virginia House of Delegates in January 2015 the month after he was sentenced to six months in jail on a misdemeanor charge for contributing to the delinquency of a minor. Morrissey is now a member of the Virginia Senate and is once again a Democrat.

In a campaign video, Caston said:

“My platform will be used to restore the dignity of incarcerated people, that we will no longer be judged by our worst mistake and to establish equality for both the male and the female populations. I will be your biggest advocate to make sure your voice and your concerns are heard.”

In a candidate questionnaire he completed, Caston wrote, “I have a proven track record of rehabilitation and striving for excellence which serves as an indication of the passion I will bring to my tenure as the ANC Commissioner.”

He was elected June 15 to the Advisory Neighborhood Commission (ANC) for Ward 7, becoming the first incarcerated person to be elected to public office in the District of Columbia.

Each ward is divided into zones, and in Ward 7, each zone is identified with a letter from B through F. The 7F Commission is further divided into seven single-member districts, and Caston represents 7F07, which consists of the jail, the Harriet Tubman Women’s Shelter, and Park Kennedy, an apartment complex across the street from the jail in Southeast Washington. The position is unpaid. The term of office is two years.

Caston bested four other candidates, all of whom reside in the jail with him, the community newspaper The Washington Informer reported.

After Caston was elected, Tyrell M. Holcomb, the chairman of the 7F Commission, said, “Representation is an important part of equity and inclusion. I could not be more excited of a new colleague (a resident of the DC Jail) joining the 7F commission.”

Koufos, who was previously profiled by The Epoch Times, is a convicted drunk driver who spent time in prison and lost his license to practice law but who is now dedicating his life to helping to reform the complex system that ex-cons face when reentering society.

“As a D.C. resident raising a family in Ward 7, I think Joel’s unique experiences provide him with an unmatched insight into some of the reentry issues D.C. needs to grapple with. His election has nothing to do with the First Step Act, but people with criminal records have started to hold elected office (like Tarra Simmons, in the Washington state Senate),” Koufos said.

Simmons, a Democrat previously jailed for theft and drug offenses, was elected to the Washington House of Representatives last year, becoming the first felon to be elected as a state lawmaker in the Evergreen State. She graduated from law school in 2017 but couldn’t sit for the state bar exam because Washington did not allow felons to take it. She challenged the rule in court and won. Simmons was sworn in as an attorney the next year.

“Whenever people with criminal records can break barriers in a way that does not run counter to public safety principles, it is a good thing,” Koufos said.

“Mr. Caston’s election will help show employers that people with criminal records can be valuable in leadership roles.

“I do think that there are certain offices, especially in the states, where a person in prison would have difficulty executing the duties of the office. However, ANC is not one of those types of offices, and Mr. Caston’s election is a reflection of his desire to better himself and his community.”