There are Terrible G’zeiros Pending in the US Government that Affect the Jewish Public in Ways that have not Affected us in Hundreds of Years. 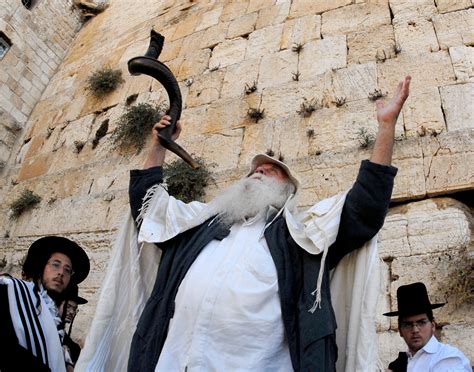 If you peruse the on-line news, scan the print media, or listen to the radio, you might have heard something like this: “The State of (XYZ) passed a law today preventing anyone but females joining female sports teams.”

Like most people, you shrugged it off as another stupidity (Shtus) occupying time and space. You quietly muttered to yourself ” my goodness, America is really falling apart” and went about your business.

Who could blame you. The events of today are so overwhelming. We haven’t dealt with these issues ever. What can I possibly do to change this. Hishtadlus (active participation) is futile. Only Hashem can intercede.

Well you are right about one thing; only Hashem can help. But you are wrong about another; Hishtadlus is required.

Supposing one of the three telecommunications companies in the US decide to build a farm of cellular towers in your neighborhood; you would be out there protesting to stop them. Why? Because everyone knows that cellular technology causes cancer! Does it? Do you know the science of it? Is it true or just another conspiracy theory by the anti-corporate whackos? “I don’t know,” you will respond. “That’s what everybody says, so we have to be careful.” We must protest and achieve our goals. Can you possibly go up against titans like Verizon, ATT, the New T-Mobile, etc? Of course not. But I have got to do everything humanly possible to subvert what is taking place.

Smart! You are right. Better be safe than sorry. But what about all these crazy issues being debated today, aren’t you worried of what might come out of it? “No,” you will argue. “I have nothing to do with all of these crazy life styles and if people want to destroy themselves what do you want from me?”

Before I continue to explain how all of this affects you, let me just explain why some states are passing these laws.

We have spoken about this issue before. There is currently a bill that has already passed the House of Representatives in Washington DC called the “Equality Act.” The Bill is referred to by its designated number H.R.5. The Bill was introduced for vote in Congress on Feb 18th 2021. The Bill was introduced by Congressman David N. Cicilline, Democrat in the State of Rhode Island. (A very small state by the way. In fact it is the smallest state in the union both by area and by population with only a little above 1 million people residing in that state. Something to ponder, no?)

The committees which drafted the Bill are: House – Judiciary; Education and Labor; Financial Services; Oversight and Reform; House Administration. It passed by the ‘Yeas and Nays’: 224 – 206. Not a very large margin, but it did pass and is currently in Senate committee awaiting a vote there.

If this Bill passes, it will have a Tsunami effect on the entire country. But let’s face it. The gentile world is not concerned about being forced to include a woman into a Minyan. Similarly, we might say we don’t care if men can play on women’s sports because we don’t have women’s sports leagues. (At least not officially.)

Now if (Chas V’Sholom) this Bill passes the senate, and a gentile woman or a transgender walks into BMG and says “I wish to enroll here,” we are in big trouble. The Supreme court will not rule on it. It is the law. Oh but you will scream, “it violates my Freedom of Religion which is a constitutional right!”

She or it will argue that her or its constitutional rights are violated because a law was passed and it became an amendment to the 1964 civil rights act. Trust me! No one is there fighting for us! We could be in serious trouble. It will cause a virtual “Churban” in our world. What will we do?

Now let me explain why some of the states in the union are passing their own set of laws negating the results of what might happen to women’s sports teams (which we already established we do not care to much about.)

There is a constitutional mechanism called States Rights. In strict layman’s terms, it means that the Federal Government cannot just simply pass laws that restrict laws already proscribed by the state. It is a very complicated law and has been the subject of disputes ever since the founding of the United States of America. The issue was a dispute already in 1798. Throughout the years the issue came up many times as recent as 2009.

It is far from a simple issue even now but having state statutes which go against the Equality act on the basis of an infringement of the rights of the States’ residents, creates sort of a check mate for the ability of Federal Law to establish itself as supreme.

The problem for us as a community however, is that the majority of Jews in the United States are settled in very blue states. To be sure, those states have no interest in protecting themselves from the oddities and difficulties of the Equality act, in fact they fully support it.

This is why it is so important to take this seriously. Gov Murphy could visit Chemed 10 times a day and go to all the Matzoh bakeries in New Jersey and New York. But he will NOT support you against his Left Wing party members who butter his bread, or the corporate oligarchs who also support these perversions, who will be buttering his bread after he leaves the Governors office in New Jersey.

It is time to understand that a great deal of POLITICAL ACTIVISM is required by us in order to uphold the way of life that we must continue until the Ge’ulah arrives. Even though Torah, Tefillah and Ma’sim Tovim are what will ultimately protect us, we must also do the Hishtadlus that is required.

We must vote out congress people like Chris Smith who is a Rino Republican; who clearly does not share our “family values.” We must not support local legislators on the democratic ticket. We must challenge politicians who are running to make sure that they support our values and traditional Family Values. We must be vocal an unapologetic for the issues which we have rights for under the American legal system before we lose it.

These are very serious matters and very serious times. There is a gubernatorial election coming up in November ’21. The candidates running are Jack Ciattarelli, Philip Rizzo, Brian Levine, Hirsh Singh.

Of these four we have interviewed Phill Rizzo who is very committed to strong Family Values and is a MAGA supporter. The last thing we would do is attempt to force a candidate down your throats. Read up on them, who their alliances are with and what they represent. Hopefully you will make the right choice.

May Hashem help all of the Jewish People in the World and bring us the Ge’ulah She’laima speedily in our days, Amen.

6 thoughts on “There are Terrible G’zeiros Pending in the US Government that Affect the Jewish Public in Ways that have not Affected us in Hundreds of Years.”