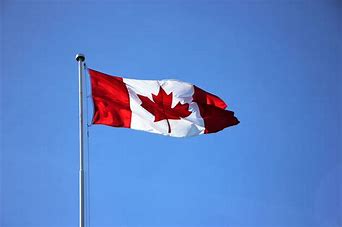 British Columbia, Canada–Rob Hoogland is a Canadian father locked in a legal battle with the province of British Columbia over the future of his daughter’s body and mind.  The girl went to school one day and had a conversation with a teacher about LGBT matters at age fourteen.  The school then advised his daughter to undergo what is being called “gender realignment surgery” by the “LGBT community.”  These surgeries involve genital mutilation and the school is going through with the operation without Hoagland’s consent as the child’s father.

Prior to her conversion to lesbianism at school, the girl liked boys and allegedly stalked a male teacher.  The procedure is permanently disfiguring and requires hormone shots to perpetuate the sexual fantasy that the androgenes are the gender they “identify” with.  Hoogland is refusing to play along with this perverted charade and is trying to stop it.  He currently sits in jail for violating his court-ordered gag order and speaking to the Press.  He is expected to remain there until April 14th, pending a plea bargain with Canadian AG. If she goes through with the surgery, she’ll be sterilized.

In a related story, Pres. Biden is on record as saying he is in favor of child sex change operations.  When asked about it, White House Press Secretary Jen Psaki had this to say: “Trans rights are human rights.”
Dr. “Rachel” Levine, a male dragqueen who we earlier reported on as passing himself off as female, was just appointed by the Biden administration to be Secretary of Health and Human Services.  When asked about what they call “transing” kids, the guy could not give a straight answer.

The pending Equality Act would expand illegal discrimination to include “transgender” as a protected class and corrupting minors with gay propaganda as a civil right, a “gay right,” or as the Biden administration calls it, a “human right.”  The bill does not recognize a religious exemption.  This shocking tale of child sexual exploitation worthy of Caligula has left many in the religious community wondering, “Could it happen here?”  If the Equality Act passes, the answer is yes.