‘The Writing Was On The Wall’: Here’s How The Terrorist Came In 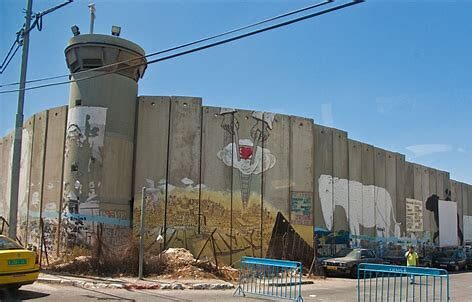 Bnei Brak terrorist came through a breach in the security fence – that Samaria leader Yossi Dagan has been warning about for years.

Initial investigations show that the terrorist who murdered five people in Bnei Brak on Tuesday evening entered pre-1967 Israel through a breach in the security fence in northern Samaria, along with several thousand more illegal infiltrators.

Dia Hamarsha, 27, came from the village of Ya’bad in northern Samaria, and was in pre-1967 Israel illegally.

For years, Samaria Regional Council head Yossi Dagan has warned security officials about the security fence, which has breaches along its entire length and through which thousands of illegals pass each day.

Just three months ago, during the initial seven-day mourning period for terror victim Yehuda Dimentman, Dagan met with Deputy Defense Minister Alon Schuster (Blue and White) near the fence, showed him the gaps, and warned that illegals are infiltrating into pre-1967 Israel and of the risk to Israelis on both sides of the fence.Related articles:

“This terror attack could have been prevented,” Dagan pointed out. “Every day, thousands of illegals enter the State of Israel through the security fence in northern Samaria, and from there they go directly to the center of the country. For years, Israel has neglected the security fence and ignored the entry of illegals into the country, with the excuse that it is ‘humanitarian.’ Instead of creating an organized entry of workers according to the law. The State of Israel is burying its head in the sand and ignoring the clear and real danger, and yesterday evening, the families of the murdered paid the price.”

“For years I have warned officials in the defense establishment about this. Just three months ago I gave a tour on the issue to the Deputy Defense Minister, and nothing was done. This abandonment endangers the lives of the residents of northern Samaria, as well as the residents of central Israel.”

Esther Horgan was also murdered by a terrorist who was in Israel illegally and who crossed through that same fence. Horgan, a mother to six children, was a resident of Tal Menashe. She was out jogging when an Arab attacked and murdered her.

2 thoughts on “‘The Writing Was On The Wall’: Here’s How The Terrorist Came In”