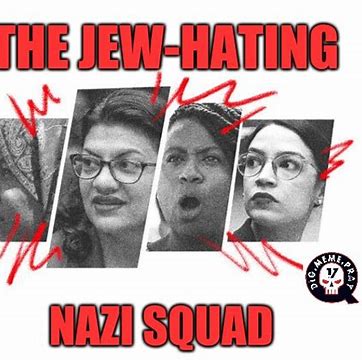 In a letter to her constituents that she shared on Twitter on Friday, she said she was furious at the 420 to 9 vote in the House that sent near $1 billion to Israel.Advertisement

“Yesterday, the House called to the floor a rushed, $1 billion supplemental military funding bill for Israel’s Iron Dome defense system. I want to be clear with our community that I am opposed to this bill, but ultimately cast a PRESENT vote. My job as your representative is to first and foremost serve with transparency and remain accountable to you, the people of New York’s 14th Congressional District,” the representative said in the letter to her constituents.

“First, let me begin with why I believe this bill should have been opposed: contrary to popular narrative, this bill was not for all U.S. funding of the Iron Dome, and opposing it would not defund U.S. financing of the system in any way, shape, or form. Since 2011, the U.S. has provided $1.7 billion for the Iron Dome and is already financially committed to continuing these funds through 2028.

I believe strongly that Congress should take greater scrutiny with all military funding across the world. I also believe that, for far too long, the U.S. has handed unconditional aid to the Israeli government while doing nothing to address or raise the persistent human rights abuses against the Palestinian people, and that this imbalance of power must be centered in any honest conversation about Israel and Palestine – in addition to the many other governments we militarily fund with a pattern of human rights abuses, such as the Saudi and Colombia related amendments I introduced last week as well,” she said.

The representative also argued with the way the bill was brought for a vote by Democrat leadership in the House, calling it “deeply unjust.” She said that the Democrat leaders attempted “to quietly slip this funding into routine legislation, without any of the usually-necessary committee debate, markup, or regular order.”

She said that the vote “created a real sense of panic and horror among those in our community who otherwise engage thoughtfully in these discussions, and fueled the discussion to devolve to a point where it became clear that this vote would risk a severe devolution of the good faith community fabric that allows us to responsibly join in a struggle for human rights and dignity everywhere – from Palestine to The Bronx and Queens.”Advertisement

“Yes, I wept,” she said. “I wept at the complete lack of care for the human beings that are impacted by these decisions, I wept at an institution choosing a path of maximum volatility and minimum consideration for its own political convenience. And I wept at the complete lack of regard I often feel our party has to its most vulnerable and endangered members and communities – because the death threats and dangerous vitriol we’d inevitably receive by rushing such a sensitive, charged, and under-considered vote weren’t worth delaying it for even a few hours to help us do the work necessary to open a conversation of understanding.”

One thought on “The Wicked Witch of ‘EAST’: Alexandria Ocasio-Cortez ‘Wept’ After House Passed Funding For Israel”