CNN Sounds Alarm on Biden Approval Poll: ‘Should Terrify Democrats Ahead of 2022’ 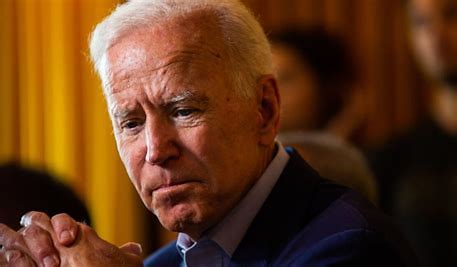 Joe Biden’s approval rating has sunk so low that CNN has released a new report saying that it should “terrify Democrats ahead of 2022.”

In a report titled, “This poll should terrify Democrats ahead of 2022,” Editor-at-Large Chris Cillizza spoke about a new poll showing that Biden’s approval is dropping rather precipitously.

It’s the rare poll that makes an entire party sit up and take notice. The new Iowa poll is one of those polls.Advertisement

Just 31% of Iowans approved of how Joe Biden is handling his duties as president while a whopping 62% disapprove. Biden’s disapproval number is below the lowest ever measured by ace pollster J. Ann Selzer for former presidents Donald Trump (35%) and Barack Obama (36%).

“This is a bad poll for Joe Biden, and it’s playing out in everything that he touches right now,” Selzer told the Des Moines Register.

Biden’s approval on pulling American troops out of Afghanistan stands at a meager 22%. Approval for his handling of the Covid-19 pandemic is now just 36% among Iowans.

A shocking new survey has found that less than half of Americans polled believe that the current president of the United States has the mental capacity to hold his elected position.

According to the result of the Fox News poll, just 49 percent of respondents think that Biden has the “mental soundness” to serve as president.Advertisement

The results of the survey come on the heels of comments made by a growing number of lawmakers, mostly Republicans, who have used various public performances, gaffes, and seeming lapses in judgment to question the president’s mental fitness.Advertisement

“I’ve been saying that it’s only going to get worse, and guess what? We’re watching that happen right before our eyes right now,” Jackson said during an interview in July, opining that eventually, Biden would have to be removed from office via the 25th Amendment.

“And I’m at the point right now where, you know, I went from, you know, telling people, we should be concerned about what might potentially be going on, to now saying, hey, what is happening right now?” he said.

“Where are the people in our academic medicine that were out there calling for President Trump to have a cognitive test? Where are these people?” Jackson continued.https://platform.twitter.com/embed/Tweet.html?creatorScreenName=ExplainLifeNow&dnt=true&embedId=twitter-widget-0&features=eyJ0ZndfZXhwZXJpbWVudHNfY29va2llX2V4cGlyYXRpb24iOnsiYnVja2V0IjoxMjA5NjAwLCJ2ZXJzaW9uIjpudWxsfSwidGZ3X2hvcml6b25fdHdlZXRfZW1iZWRfOTU1NSI6eyJidWNrZXQiOiJodGUiLCJ2ZXJzaW9uIjpudWxsfSwidGZ3X3NwYWNlX2NhcmQiOnsiYnVja2V0Ijoib2ZmIiwidmVyc2lvbiI6bnVsbH19&frame=false&hideCard=false&hideThread=false&id=1430639737136615438&lang=en&origin=https%3A%2F%2Fconservativebrief.com%2Fsounds-alarm-51672%2F&sessionId=febde5273f2c64e3e2d625c7f333a990408bc431&siteScreenName=ExplainLifeNow&theme=light&widgetsVersion=1890d59c%3A1627936082797&width=550px

“There’s something serious going on with this man right now. And you know, I think that he’s either gonna, he’s either gonna resign, they’re going to convince him to resign from office at some point in the near future for medical issues, or they’re going to have to use the 25th Amendment to get rid of this man right now. There’s some serious stuff going on right now,” he asked.Advertisement

More recently, freshman Rep. Madison Cawthorn, R-N.C., rankled Biden supporters when he suggested that first lady Jill Biden be “called out” for allowing her husband to run for president in the first place.

“I think we should indict Jill Biden – not saying indict in terms of criminal – but I’m saying we should call her out for being so cruel to her husband,” Cawthorn said in July.

“The man is clearly mentally unstable. He’s having some form of degradation of his mind. And they are putting him up here to be assaulted by the greatest debaters the country has to go against him. And right now his mind simply cannot handle it,” he added.

143 thoughts on “CNN Sounds Alarm on Biden Approval Poll: ‘Should Terrify Democrats Ahead of 2022’”