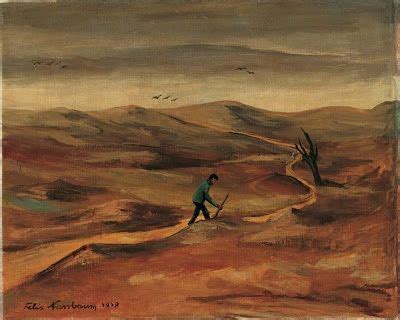 In a Previous article we wrote about great ‘Gezeiros’ which are facing us. What is most confusing is, in whichever corner we look on the social and political landscape, we see mindless events taking place. The country, and yes the entire world is undergoing the most turbulent tailspin in almost 100 years. Certainly, anyone alive today, even those that were already in this world as young children during world war II would likely comment that the level of confusion we are experiencing, is something they have never seen much less experienced.

The 1930’s ushered in a world war of a magnitude never before experienced. Fear settled over most countries even where military activity was minimal. America too experienced an attack on its soil with the bombing of Pearl Harbor on December 7th 1941; over three thousand people perished on that day catapulting the United States into the throws of a long and “costly” war.

There were rations, shortages, hundreds of thousands leaving their families and enlisting in the military. But in the country itself, after a few short months of changes caused by the America’s involvement in the war, the country settled into a war-time frame of mind re-adjusting to its tribulations.

Make no mistake! There was plenty of anxiety, depression, unemployment and other social ills that adversely affected the populace. To be sure, if you followed the news closely, propaganda aside, the outcome of the war was by no means guaranteed. For nearly five years, Americans had much to worry about. In 1945, post war, life returned to normal. But it was a new normal, with new fears. America saw the emergence of a cold war with Russia, fears of nuclear proliferation created an atmosphere to which America was not accustomed. There was a paradigm shift in the geo-political structure. The emergence of a United Nations, and a new kind of battlefield; a war of ideologies.

Fast forward 80 years. Last year the COVID 19 Pandemic crept in on us. Really, a new kind of world war. Only this time, there wasn’t a place in the world that one could hide from the long arms of the pandemic. The monster which emerged from the Wuhan Lab in China fiercely made its way to every nook and cranny of the globe. No one was safe. No one was really prepared. No one in the world had any idea what was taking place.

In our community, (the Jewish community all across America,) we too had no idea what it was all about. All of you will remember how many of us mocked and made fun of it as we started to hear about its spread across the country.

By Purim of last year, few of us, if any still did not pay attention to the warnings of the authorities. We continued to mock and joke about corona. I do not have to cite examples. You all know what I am talking about.

By seven days after Purim we were faced with dozens of horrible tragic deaths in our community. Doctors and Hospitals had no control over it. No medical interventions were available. Let us for a moment remember the sense of fear that gripped all of us. There were no more Jokes. Shuls and Yeshivas were shut down. Thousands were stuck at home for Pesach alone. A quarantine of massive proportion was instituted world wide. People spoke of a similar event in 1918 when there was a world wide flu epidemic. The figures were said to be 500,000 dead.

Corona has already exceeded 3,000,000 deaths world wide. (Not counting what we really do not know regarding China, whose figures were surely false. With claims of having brought it under control by February.)

As we always do in a time of Tzaros (R”L), we davend, we increased our already beautiful Midas HaChesed while we watched in horror as many of our friends and relatives passed on. Families left without Fathers, without Mothers, bereft, left to face challenges in unknown territory.

Fast forward 1 year later. America has new leadership. Insurmountable political turmoil both domestically and internationally. We went through an election experience which to some looked like a coup of sorts. Many questions exist but there appear to be no answers in sight. it appears that it will soon be a federal crime to even discuss this issue.

The once most powerful nation on earth, is toppling. There can be no doubt of the irreversibility of the current domestic and geo-political situation.

The question for us as a community is, how do we navigate in a sinking ship. What are the consequences for US of this “new normal.” Should we build “fortresses,” should we acquire “life boats?”

But we are Ma’aminim B’nei Ma’aminim. We increase our learning, our davening and our acts of Chesed and look to Avinu She’Bashomayim to have mercy upon us and help us to survive through it.

But even while we place every ounce of our hope in HKB”H, we must continue to fight to survive even on a sinking ship. Throughout History when there are campaigns of oppression and war, it always leads back to us. We are taught this by Chazal; this is not paranoia. This is very real. There is a war on Christianity. Even the Pope has declared war on the religious elements of Catholicism. But its not really a war on them. It is a mere preparation for a war on us.

I don’t mean this as a scare tactic. Chas V’Sholom. This is a frequent refrain in our long Golus. Let me give you a brief example

Many of you are undoubtedly familiar with a period in History referred to as “the Crusades.” It began as a campaign by the Church, to liberate the ‘holy land’ from Islamic rule. The first Crusade which began in 1095 and executed in 1096 brought about the brutal death 10’s of thousands of Jewish men, women and children who were slaughtered at the hands of these crusaders.

This call by Pope Clement to support this effort was met with an enthusiastic popular response across all social classes in western Europe. Mobs of predominantly poor Christians numbering in the thousands, led by Peter the Hermit, a French priest, were the first to respond. What has become known as the People’s Crusade passed through Germany and indulged in wide-ranging anti-Jewish activities and massacres.

Now while the secular Historians do not see it this way, what do they know, the great Rishonim living through that period informed us of this (R”L) Gezeira from HKB”H. It really was all about us. the massacres of Jews were NOT haphazard. It was targeted and intentional. In fact this first group never even got to their destination they were defeated in Turkey. (Anatolia)

The point is of all of this is that we must take seriously all that is going on around us. All this idiocy about transgender and trans-humanism, isn’t about the left caring about crazies. It is designed to create an atmosphere of “legal” oppression of the larger “normal” segment of American society, many of which still have a basic religious ethic. The intent of the evil left is to break the spirit of the people but ultimately to attempt to break our spirit. They claim to be adherents of science, but what they are practicing is anything but science. It is an affront to HaShem with a magnitude no less than that of the “Dor HaFlaga.

As I have mentioned in previous articles, whether or not we will succeed in making a difference is in the Hands of Hashem. But we must do everything in our power to remove from office as many left wing politicians as we can. We are a powerful constituency. We can try to make a difference. We can still try to vote them out. We must challenge the Governor in this upcoming election. Both in New York and in New Jersey. Any group in Lakewood or elsewhere in New York or New Jersey supporting these evil politicians, whom have already exposed their disdain for us during Covid (and still continue to) is merely acting out of self interest, whether because of real estate deals or other nefarious motives. We should not stand for this. Askanim must work ONLY for the benefit of the community and yiddishkeit at large.

There is NO ROOM FOR ANY SELF MOTIVATED INTEREST.