The Resident THUG in the White House, Joe Biden, Downplays Harassment Of Democrat Sen. Kyrsten Sinema In A Bathroom As ‘Part Of The Process’ 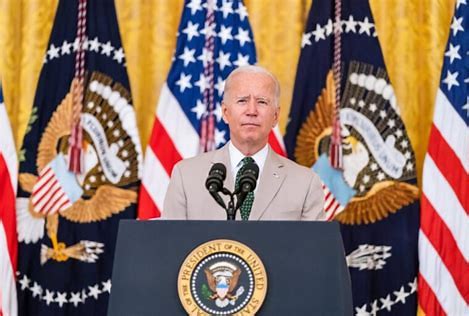 Do you think the reaction would be the same if Republicans did this to a Democrat?

President Joe Biden downplayed demonstrators’ harassment of Democrat Sen. Kyrsten Sinema as something that “happens to everybody.”

Footage circulated on social media this weekend showing a group of demonstrators following Sinema into a bathroom and repeatedly demanding that she vote for the expensive “Build Back Better” plan and legislation that will give millions of illegal aliens U.S. citizenship. Some were quick to call out the inappropriate behavior but others — such as the president — were not.

At the beginning of his tenure in office, Biden threatened to fire any of his staffers “on the spot” if they disrespected others. When Sinema was harassed by demonstrators who demanded she comply with the White House’s spending desires, however, he brushed off concerns.

“Mr. President, you’re talking about how you have 48 Democratic votes right now. The other two have been pressured over the weekend by activists. Joe Manchin had people on kayaks show up to his boat to yell at him. Senator Sinema last night was chased into a restroom. Do you think that those tactics are crossing a line?” Fox News’s Peter Doocy asked on Monday.

“I don’t think they’re appropriate tactics but it happens to everybody,” Biden said. “The only people it doesn’t happen to is people who have Secret Service standing around them. It’s part of the process.”

Sinema denounced the harassment as “unfair” and “inappropriate.”

“Yesterday’s behavior was not legitimate protest. It is unacceptable for activist organizations to instruct their members to jeopardize themselves by engaging in unlawful activities such as gaining entry to closed university buildings, disrupting learning environments, and filming students in a restroom,” she said in a statement released Monday morning.

The senator said she is “committed to creating a safe and intellectually challenging environment for my students,” but said that “that environment was breached.”

“My students were unfairly and unlawfully victimized. This is wholly inappropriate,” she wrote.