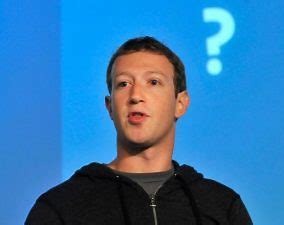 Cybersecurity expert Brian Krebs says Facebook, as well as its Instagram and WhatsApp platforms, are all suffering from ongoing global outages due to someone from inside Facebook updating the company’s Border Gateway Protocol (BGP) records, which took away the map telling the world’s computers how to find its online properties. According to a New York Times reporter, employees cannot even open doors with their security cards due to the catastrophic outage.

While it remains unclear why this happened, Krebs says how it happened is clear: On Monday morning, something inside Facebook caused the company to rescind key digital records that tell computers and other devices how to find the destinations online.

Doug Madory, director of internet analysis at the network monitoring company Kentik, said someone at Facebook caused an update to be made to the company’s BGP records, which resulted in the company’s system taking away the map telling the world’s computers how to find its various online properties.

Now, when someone types Facebook.com into a web browser, the browser has no idea where to find the website, and therefore displays an error page.

In addition to preventing its billions of users from utilizing the social media platform, the Facebook outage has also prohibited the company’s employees from communicating with each another using their internal tools, as Facebook’s email and tools are all managed in house, via the same domains that are now offline.

Moreover, company employees are also stranded outside of the building, according to New York Times reporter Sheera Frenkel, who said employees’ badges, which allow them access to their offices, are not working.

The mass Facebook outage comes shortly after CBS’ 60 Minutes aired an interview with Frances Haugen, a Facebook whistleblower who recently provided many of the documents that made up the publication’s Facebook Files series.

Breitbart News has reported extensively on the “Facebook Files” series from the Wall Street Journal which made a number of damning claims about the tech giant based on a series of internal company documents.

It remains unclear whether the changes from within Facebook were made maliciously or by accident, Krebs says.

Madory said someone at Facebook could have just screwed up, noting, “In the past year or so, we’ve seen a lot of these big outages where they had some sort of update to their global network configuration that went awry.”

“We obviously can’t rule out someone hacking them, but they also could have done this to themselves,” Madory added.

Meanwhile, several different domain registration companies have listed Facebook.com as up for sale, although it is unlikely the domain will be actually be sold.