The Radicalism Begins: Black Radicals have for Years Talked about the Great Race War. 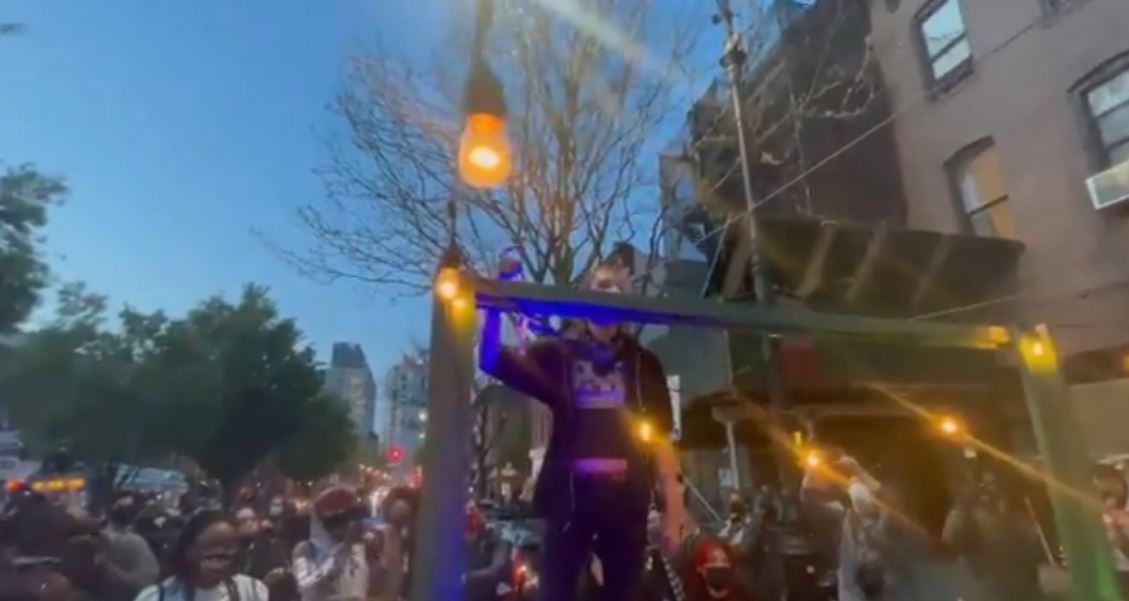 See Video Posted Yesterday. We must be Vigilant and We must Daven for Hashems’ Protection

Black Lives Matter protesters were caught on camera harassing diners outside a family-owned Brooklyn taqueria — with dozens screaming at them to “stay the f%$& outta New York.”

“We don’t want you here,” screamed a ringleader standing on a table as he led an angry call-and-response chant from his comrades who framed the outdoor dining area of Maya Taqueria in Prospect Heights.

The owner is listed as Daniel Nassar, who has said in numerous interviews that he crafted his traditional recipes while cooking with his family.

In a recent video interview with ChowNow, Nassar explained how all of his staff relied on the restaurant, an 11-year “neighborhood staple,” to survive during the pandemic.

“There’s employees that need their paychecks on a weekly basis to support their families,” he said.

After first saying they didn’t want the “f—ing money,” the protesters quickly switched to wanting diners help it get more cash.

“Tip 30 percent!” one woman screamed, with the ringleader and the crowd seeming to miss the irony by repeating the desire for more money, with the group marching away down Vanderbilt Avenue chanting, “Tip 30 percent!”

The NYPD was not called to the incident, and neither Nassar nor anyone at the taqueria could be reached immediately Wednesday.

Hundreds of people marched through Brooklyn late Tuesday to celebrate ex-cop Derek Chauvin’s conviction for murdering George Floyd, and to insist that the movement to press for change would continue. There were no arrests, the NYPD said.

One thought on “The Radicalism Begins: Black Radicals have for Years Talked about the Great Race War.”