The Quest for Change in Lakewood, Ocean County, Indeed All of New Jersey and America 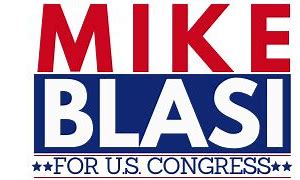 The embers are still smoldering from the battle fought last Tuesday in the State of New Jersey. New Jersey residents cam out in big numbers to show their support for Jack Ciattarelli in this years gubernatorial election. But alas, the democRATS did what they do best; the 3:00AM Dump!!! (Actually 2:48 AM)

The entire night saw Jack ahead significantly. And along comes the huge manure trucks loaded with stacks of mail-in ballots from those ‘dedicated servants’ of the new world order: The party of oppression, corruption and autocratic despots who have dedicated themselves to the elimination of American democracy in favor of a marxist slave state like China.

The fight is not over yet. Jack may still pull through. We need to Daven (pray) with great intensity that Hashem watch over us.

At the same time that this is taking place, another front in the battle against a Marxist takeover of the United States open up with inauguration of the Mike Blasi for Congress campaign against our ‘very own’ Chris Smith.

The momentum we have gained this election day all around the country is picking up lots of ‘renewed energy.’ (Yes pun intended)

To be sure there are many who feel a great debt of gratitude towards Chris. He has helped many people in Lakewood. Unlike the lies spread by the VAAD and others as to the debt of gratitude we owed Phil Murphy, especially for the ‘sensitive and respectful’ way in which they arrested Rabbi Yisroel Knopfler for the High Crime of Having a Minyan During Covid.

There is another danger lurking for us with Chris Smith. He is increasingly aligning himself with the Dems and that in of itself is a great threat to us. We have given him 40 years in Congress. It is time for a change and the desperate times we find ourselves in requires us to be strong on the side of the America First Agenda which includes a whole host of issues, from family values to practical economics and the future of our economy. Most importantly, under the democRATS, our bsic freedoms are in grave danger.

As a decorated US Army Veteran and retired Law Enforcement Officer, Mike has already selflessly pledged two times to defend the Constitution of the United States and he’s ready to do it again! He is a proud American and New Jerseyan who spends his time as an owner of a small real estate company. Mike helps homeowners move into Congressional District 4 where he proudly lives with his family and hopes to serve as your next Congressman.

“I am not a career politician like Chris is,” Mike commented to JNews. “My Mission is the welfare, safety and success of the families and citizens in my district.” “That is my total concern.” “I am fully on board with former President Trumps ‘America First Agenda.'”

“I have been observing all along Chris Smith’s congressional activity.” “His increasing sellout of the important values that effect the people of District 4 was shameful. But the straw that broke the camels back was his most recent support of the fake phony infrastructure bill which threatens the US economy and the future of the hard working families of District 4.

This 1.2 Trillion Dollar train-wreck isn’t really 1.2 trillion. It carries along with it an additional 2.75 trillion because of the debt sealing that will have to be raised, and the programs put in place that will continue to plague us for years to come.”

“Do not be fooled by idiotic rhetoric emerging from bumbling Nancy and Her Feckless fiends in the current congressional wilderness.” This will bankrupt our country and we MUST turn the ship around.”

CHRIS SMITH TOTALLY SOLD US OUT. It is time to send him home (to Virginia where he actually lives).

6 thoughts on “The Quest for Change in Lakewood, Ocean County, Indeed All of New Jersey and America”