A District Judge Appointed by Barack Obama, Rules Against Trump on the Claim of Executive Privilege not to Turn Over Documents Requested by the Jan 6 Congressional Commission. 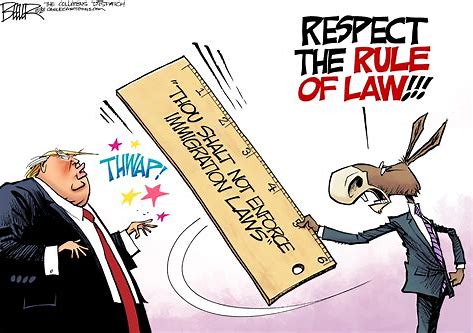 The AP reports that Judge Tanya Chutkan, a United States District Court for the District of Columbia, rejected former President Donald Trump’s request to block the release of documents to the House committee investigating the Jan. 6 Capitol riot.

Additionally, late Wednesday she denied another request from Trump’s attorneys to order the National Archives not to turn over records while an appeal is pending.

While at best her position is debatable, her denial to hold back the order prior to appeal is highly unprecedented

To be sure, the issue of executive privilege on documents relating to a Congressional investigation of a president is a legal hot potato. The issue generated public debate during the Nixon administrations’ legal argument for executive privilege during the Watergate investigation of the early 1970’s. At that time, the congressional appointed watergate commission sought to wrest the tapes of recorded conversations between then President Nixon and his staff.

There, the court balanced Congress’s investigative and legislative functions against the President’s interest in confidentiality, and determined that the congressional need was insufficient to overcome the privilege.

The appeals court held that in order to obtain privileged presidential communications, Congress would need to show that “the subpoenaed evidence is demonstrably critical to the responsible fulfillment of the Committee’s functions.” The committee attempted to make that showing by arguing it had a “critical” need for the tapes in carrying out both its oversight and legislative functions. The court, however, determined that the committee failed to make the requisite showing—principally on the grounds that President Nixon had released written transcripts of the tapes and the House Judiciary Committee, in the conduct of its own impeachment inquiry, had already obtained the tapes.

The issue popped up again in the late 70’s, after Nixon’s resignation, with regard to the perpetuity of executive privilege for former presidents.

The Court’s determination appears to have rested on the reasoning that the general purpose of the presidential communications privilege—that the confidentiality of presidential decision making is necessary to ensure the provision of frank advice to the President—could be threatened or undermined regardless of when the disclosure of the covered communications occurs. However, Nixon II distinguished former Presidents from incumbents in two important ways. First, the Court explicitly stated that “to the
extent that the privilege serves as a shield for executive officials against burdensome requests for information which might interfere with the proper performance of their duties, a former President is in less need of it than an incumbent.” Second, the Court concluded that the “expectation of the confidentiality of executive communications [is]… subject to erosion over time after an administration leaves office.”

It appears to be a highly partisan ruling. Especially in classifying the so called Jan 6 event as an “Violent Insurrection.”

In the first case, the earlier courts decision to differentiate between the strength of executive privilege during the a Presidents’ tenure in contrast to the second lawsuit post presidency, it had already been established that a crime had taken place. As such, the perpetuity of executive privilege post presidency might certainly play a role in a decision to override presidential privilege.

However here, no establishment of the presidents involvement in a crime has even come close being established. All we have is the partisan rhetoric of Nancy Pelosi and friends.

JNews will continue to observe the events surrounding this legal farce.