The Purpose of Teaching Critical Race Theory Is to Usher in the Communist Agenda in America, Says Philosophy Professor 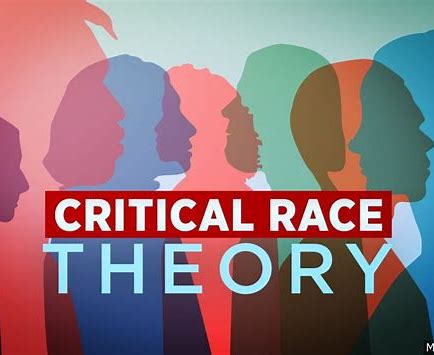 REPORTED BY: Terri Wu and Jan Jekielek of THE EPOCH TIMES

Acting as racial managers or agents for African-Americans, practitioners of critical race theory (CRT) are after power and aim to “destroy all those foundational values, all those codified values, and principles that we use in times of crisis,” Hill said in a recent interview with Epoch TV’s “American Thought Leaders” program.

Critical race theorists “want to first erase personal identity, then erase history, erase those codified values to usher in a new, what I would call, Marxist communist agenda in our society,” he added.

CRT’s view of America as systemically racist is “a misperception of reality,” Hill said. This central proposition—that the oppression of African-Americans still persists today—is then used to justify CRT practitioners speaking on behalf of all black Americans, depriving the community of their own agency, according to Hill. But these activists don’t actually care about uplifting the black population, he added.

Hill’s own experience in America, detailed in his 2018 book “We Have Overcome: An Immigrant’s Letter to the American People,” presents an alternative view to CRT’s portrayal of racism in the United States.

With $120 in his pocket, Hill immigrated to the country from Jamaica at 20. He worked to earn tuition for his degrees, including a doctorate in philosophy from Purdue University, and eventually became a tenured professor of philosophy at DePaul University in Chicago.

“When I came to this country, I promised that, in the name of the best within me, I would cultivate the American virtues of individualism and personal excellence and take advantage of the opportunities that lay before me,” said Hill in an opinion article published in 2018.

In his view, as the 1964 Civil Rights Act became effective, American society entered an “age of post-oppression” because the legislation gave African-Americans legal equality.

Yet black rage—not gratitude nor a sense of relief—was an unexpected reaction to the 1964 Civil Rights Act, Hill told The Epoch Times. He said the outcome was due to “a tremendous identity crisis” black Americans faced since their identity had been forged by oppression until then. As a result, white people felt guilty and embarrassed about putting African-Americans in such a situation. Meanwhile, a self-esteem and self-respect movement centered upon pride in the African-American identity emerged in the 1960s, Hill wrote in his new book “What Do White Americans Owe Black People: Racial Justice in the Age of Post-Oppression.”

CRT emerged in the 1970s, initially as an offshoot of critical legal theory examining the role of race in law. Derrick Bell, an African-American and civil rights lawyer often credited as one of the originators of CRT, held that racial progress only occurred in America when it aligned with the interests of the white population, and doubted whether racial equality would ever be achieved in the country.

Hill said the CRT currently practiced is the third iteration of the movement, with the first in the 1970s under Derrick Bell and a second in the 1990s. And today’s CRT has become the “philosophic foundation” for reparations and a “philosophic template” for many groups such as Black Lives Matter, a left-wing activist group that promotes “racial justice” in law enforcement and other domains, to find their justification.

According to Hill, who considers himself an African-American, African-Americans should practice “radical forgiveness” to move on to the future instead of pursuing reparations for past injustices.

In his new book, he writes that the relinquishment of one’s racial identity is “an act of radical freedom.” This doesn’t mean that one doesn’t recognize one’s race; it just means that race won’t be one’s standard-bearer. In Hill’s view, culture, rather than race, serves as a more objective differentiator of individuals because culture points to common traits in beliefs, customs, and traditions.Related CoverageDr. Jason Hill on Reparations, White Guilt, and the ‘Age of Post-Oppression’

Hill suggested in his book an idea of a “heroic racial traitor,” a satirical name because one who didn’t base one’s identity primarily on one’s race might be considered as a “traitor” in certain communities. This person would forgive the systemic racism before emancipation, and focus on leveraging the opportunities provided by full equality before the law to achieve individual identification and success.

2 thoughts on “The Purpose of Teaching Critical Race Theory Is to Usher in the Communist Agenda in America, Says Philosophy Professor”