The only thing Equitable about Biden’s Infrastructure Plan, is How All Hard Working Americans will be ‘Equally’ Punished by the Left Taking their Money

Joe Biden’s ‘Infrastructure’ Plan Sure Talks About ‘Equity’ A Lot 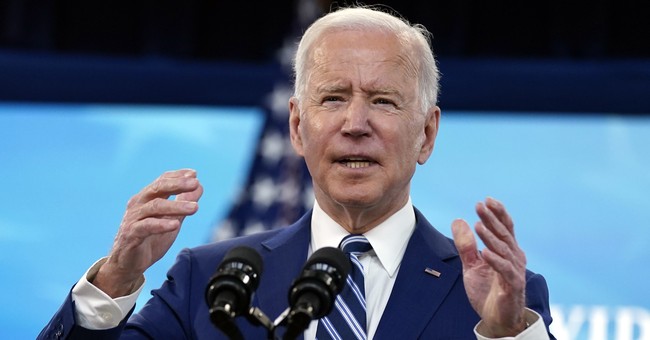 President Joe Biden will travel to Pittsburgh Wednesday to announce his excessive $2 trillion infrastructure bill, which will be paid for with a massive tax increase on most Americans.

“Like great projects of the past, the President’s plan will unify and mobilize the country to meet the great challenges of our time: the climate crisis and the ambitions of an autocratic China. It will invest in Americans and deliver the jobs and opportunities they deserve. But unlike past major investments, the plan prioritizes addressing long-standing and persistent racial injustice. The plan targets 40 percent of the benefits of climate and clean infrastructure investments to disadvantaged communities. And, the plan invests in rural communities and communities impacted by the market-based transition to clean energy,” the White House claims in a statement.

The White House also claims the “American Jobs Plan” will “fix highways, rebuild bridges, upgrade ports, airports and transit systems,” in addition to renewing the “electric grid” while delivering “high-speed broadband to all Americans.” The plan calls for “building, preserving, and retrofitting more than two million homes and commercial buildings.”

But a close look at the details and the “fact sheet” put out by the White House shows the plan is also full of  social justice projects and “equity” is a major focus.

Details about how the plan will be paid for haven’t been released, but President Biden has already broken his campaign promise not to raise taxes on Americans making less than $400,000 per year. The threshold has been moved to households making $400,000 and individuals making $200,000 per year.

“The President looks forward to working with Congress, and will be putting forward additional ideas in the coming weeks for reforming our tax code so that it rewards work and not wealth, and makes sure the highest income individuals pay their fair share,” the White House says.

Last week Transportation Secretary Pete Buttigieg suggested the federal government should tax drivers “by the mile” as a way to pay for the plan. He walked that back during an interview with CNN.