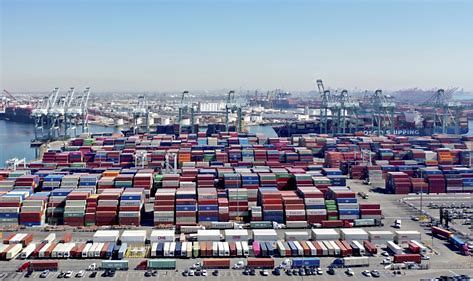 By Karol Markowicz, Reprinted from THE NEW YORK POST

Last week was another bad one for the continually disappearing Biden administration.

As Americans took to social media to post pictures of bare Dunkin’ Donuts shelves, sold-out milk at big-box stores and other signs of an America in trouble, we learned that Transportation Secretary Pete Buttigieg has been on paternity leave since August.

Buttigieg was always going to be a lightweight transportation chief. He got the job as a reward for dropping out of the presidential race and throwing his support to Joe Biden — and also because he said he likes trains, having gotten engaged at a train station.

My 5-year-old likes trains, too. Yet just because he can say “Choo choo!” with enthusiasm doesn’t mean he can oversee the country’s transportation system. When the country is having supply-chain problems, the transportation secretary’s skills and experience, let alone availability, become rather, uh, indispensable.

Buttigieg can take a two-month paternity leave, but the guy who runs the pizza shop down the block can’t just disappear for two months without putting someone else in charge. Someone has to make the calzone.

The public didn’t even learn about Buttigieg’s break at the start, but only after transportation-related problems exploded around us. Who’s running the shop? Anyone?

This is all in keeping with the way a distracted, carefree, ideological Biden administration has operated the whole time. In September, the president took a weekend beach trip as the disaster on our southern border blew up and 14,000 Haitian migrants camped out under a bridge in Del Rio, Texas. As the US pullout from Afghanistan turned into an unmitigated disaster, the president disappeared — surfacing later to claim it was an enormous “success.”

Now, as Americans start to worry about stocking their cupboards and buying Christmas presents, Biden goes more than a week refusing to take any questions. Sorry, but this is unacceptable, no matter who’s president.

Maybe we should’ve known: After all, Biden hid in his basement for much of his presidential campaign, and his aides routinely called early “lids,” telling the press the candidate would be unavailable for the day.

But he wasn’t president then; now he is.

Nor are those of his surrogates not on paternity leave offering more reassurance. Last week, Biden chief of staff Ron Klain retweeted a tone-deaf reference to the supply-chain issues as “high-class problems.” Really? It sure doesn’t feel that high-class when people are worrying about getting staples for their home. We all remember the toilet paper shortages during the pandemic last year; did that feel “high-class”?

Thanks for your concern, Madam Press Secretary.

The supply nightmare has also helped feed inflation: When you manage to find milk on the shelf, a gallon can cost over $8.

What’s Psaki’s answer? “The American people are not looking at cost-to-cost comparisons from this year to two years ago.” Huh? Prices have been up well over 5 percent over last year for the past several months; the nation hasn’t seen spikes so sharp in 13 years.

And why wouldn’t we make comparisons? Biden made lavish promises as a candidate for president about how everything would run super well when he was elected. The country had been wrecked by Orange Man, and Biden would bring normalcy, sanity back to fix it all. Why shouldn’t Americans expect that? Instead, they’re getting just the opposite.

“Look, folks,” Uncle Joe vowed last year, “we’re going to bring the Republicans and Democrats together and deliver economic relief for working families and schools and businesses.” No mention of struggling to find and buy cereal. No mention of administration officials who’d openly sneer at the problems of regular Americans.

No, Jen Psaki, you’re not the Postal Service. You’re worse at your job.

Biden & Co. never stop claiming they “inherited” all their problems from the previous administration. Yes, Joe Biden ran and won on not being Donald Trump. Someone needs to tell the president he can’t govern on that.