Interview with Attorney David Smith : The Fixler Tragedy Has Arrived In The USA 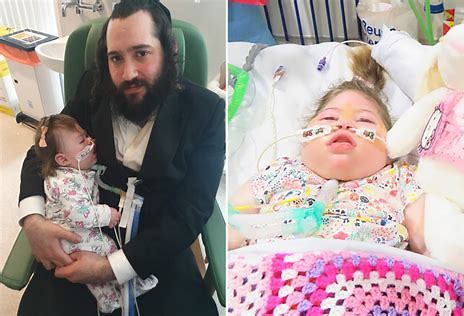 On July 13th of this year, the High Court of the UK passed it’s ruling in the case of a two year old brain damaged girl named Alta Fixler.

Alta became brain damaged at birth and was cared for by her parents living in the Manchester England. They cared for her with the most love and attention in total trust in Hashem that He—and none other—is the master of the world and all creation, and it is in He who can deliver a complete recovery to their baby. Properly exercising the principle of ‘hishtadlus’ they sought every passageway to medical expertise in the hopes of finding the proper ‘Shaliach’ to deliver a recovery to baby Alta.

Alas, the ‘brutal’ inhuman British Legal system, born in Marxist Socialism—which puts the power and control of the state above all—stepped in to squash the hopes of baby Alta and her parents, declaring that Baby ALta had to be ‘put down;’ much in the same way you would ‘put down’ a suffering animal.

According to the parents, Avraham and Chaya Fixsler, many doctors have recommended to release Alte to her home with nursing care but the hospital has refused to do so. Alte’s father told Channel 12 News: “For a whole year we were in the hospital and not one doctor ever said that Alte is suffering. I think that as her father I have the right to take her home to Israel and to preserve her life. We’re parents and we love our daughter. A child is not something we choose, we receive her and love her like she is.”

Appeals were made through many channels in England, including, the Queen of England herself, Prince Charles, Israeli Health Minister Yuli Edelstein also appealed to his British counterpart, Matt Hancock, to intervene and grant the parents’ request to leave England and take their daughter for treatment in Israel.

Senator Charles Schumer even arranged for visas for the parents and the child to be treated here in the US or transferred from here to Israel if that is what the parents wanted but to no avail.

What is the source of this legal cruelty? How does it come about that “the State” can deide the life or death of ones child regardless of what the parents want? As Mr. and Mrs. Fixler both expressed, “If we can take our child out of this country why should they be so insistent that we kill our child?”

We took these questions to Rabbi Dovid Smith who is an attorney in the Clifton-Passaic region of New Jersey and is very active on fighting this and other issues that are coming up in the ‘Legal Halls’ of the “State” such as Euthanasia laws and assisted suicide which is already legal in some states.

We present this interview here between JNews and Rabbi Dovid Smith

For more information on this issue, please follow Rabbi Smith either on his website or on his social media.

Sign up for newsletter, read news, plan of action and support our actions

3 thoughts on “Interview with Attorney David Smith : The Fixler Tragedy Has Arrived In The USA”