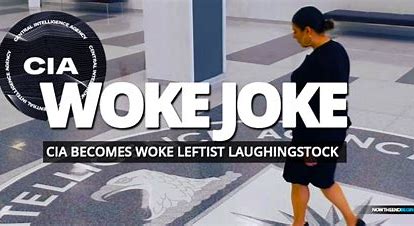 Sick Biden is Re-Making the CIA to fall into place with how he wants America to look.

Last week, the CIA released one of the most cringe ads ever produced by a government agency. In it, a self-described “cis-gender woman of color” who is “intersectional” and has anxiety disorder lets it be known that the CIA has gone fully woke in the most absurd fashion possible. Remember, this is supposed to be the world’s most renowned intelligence organization.

Well, the CIA isn’t done. Now, an unpublished playlist of more recruitment ads (I’m assuming that’s what these are for) has been leaked. They will have you looking just as perplexed as the original one.

What does any of this have to do with the CIA actually doing its job? Like the military, the only thing that should matter within a government organization that at least ostensibly exists to ensure our national security is getting the job done at the highest level possible. What exactly does being gay and having rainbow lanyards have to do with that?

I’ll also speculate here and note that the continued citing of John Brennan (he was mentioned in the first ad as well) is purposeful. It’s a way for the CIA to proclaim they won in the battle they were waging with Donald Trump, mostly via illegal leaks that proved damaging to his presidency. Many of those leaks, of course, turned out to be completely false, such as the Russian bounties story. None of that matters now, though. They served their desired effect. Accuracy was never much of a concern for the careerist hacks at the CIA who decided to dip their hand in politics.

The above ad isn’t the only new one either. There are a lot more. Click here for a thread that has the rest of the videos posted, most of which seem to revolve around pushing racial diversity, including using all the latest woke buzzwords.

Putting aside whether the CIA should focus on this kind of thing or not, there’s certainly a strong argument that they shouldn’t be doing it publicly in this way. What kind of message does this send to the tyrants of the world? As I joked in my tweet above, Xi Jinping and his boys have to be having a good laugh right about now. Their chief adversary is imploding in on itself, more concerned with gender ideology and racial quotas than with national security. The division this kind of thing causes is also rife for foreign actors to take advantage of.

The woke haven’t infiltrated these agencies. They were already there, just waiting to be activated by the next Democrat administration. With Biden’s handlers calling the shots now, this is what you end up with. It’s dumb, but it’s also dangerous.