Explosive New Info on Hunter Biden and His Chinese Dealings 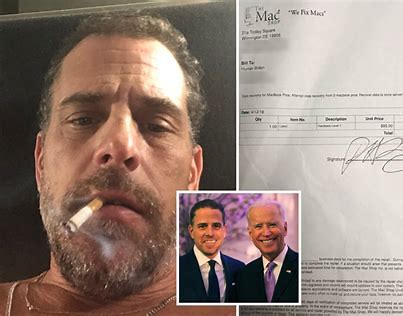 The Mail reports that on the laptop were emails and pictures of a Chinese-American secretary which offered some insight his relationship with Patrick Ho and the Chinese.

There’s a ton to unpack in the story.

In 2017, Hunter went into business with Patrick Ho, launching a joint venture Hudson West III with the Chinese conglomerate CEFC, of which Ho was the Secretary General. Jim Biden, Joe Biden’s brother, was also involved in the venture.

The problem with that? I rarely cite CNN, but they have a good description of the nature of the company and its importance to China’s agenda:

Chinese energy giant that had so tightly aligned itself with President Xi Jinping’s Belt and Road policy that it was often hard to distinguish between the two.

Plus then there’s the small fact that the U.S. was surveilling Ho as a potential foreign intelligence threat, as the Daily Mail observes. Ho was later convicted and sentenced to three years in a multimillion-dollar scheme to bribe African leaders through contacts made at the United Nations, CNN reports.

But obviously, the connection with Hunter Biden raises huge questions given the nature of CEFC and Ho’s activities, and their interest in the drug-addicted Hunter.

According to the Daily Mail, Hunter even describes Ho in a recording on the laptop as the “spy chief of China.” If that wasn’t concerning enough, after creating the joint venture, Hunter was then assigned a 29-year-old Chinese-American assistant, JiaQi Bao. Shades of Rep. Eric Swalwell (D-CA) and Fang Feng. She acted as a go-between with his Chinese partners.

Now, while the Mail states what the relationship actually was between Bao and Biden wasn’t clear, it is clear that she was sending him flirty messages and encouraging him to take money from the joint venture’s accounts.

Here’s a fascinating part of one of the emails dealing with what to do before the venture dissolved in 2018. Bao encourages Hunter to “keep as much money as you can” — the header of a section of the email.

‘Here is my two cents: Whatever money from Hudson West, please take them, take as much as possible, or figure out a way to spend them for your own benefit.

‘It doesn’t matter whether the left-over operational fund for Hudson West is labeled as ‘personal goodwill / loan’ or ‘non-recourse’ ‘recourse’ ‘borrowing/drawing’…just take it and keep as much as possible.

‘If you do not take that money, the money would ended up become ‘nobody’s money.’ So it is better to use it for good. ‘Nobody’s money’ means they take away whatever you give up to no body knows where in the system it will end up and whomever stranger might simply take the money for granted.’

The end of another email said, “Many thanks for having been the most amazing and understanding boss, and the most charismatic friend and coconspirator-in-mischief.”

In one email, Bao tries to put in expenses for Hunter of $16,578.69 from the Yale Club, but says she’s not sure that “accounting” will let that one go.

Bao even told Hunter to encourage Joe Biden to run for president, and she gave him negative research on President Donald Trump.

Imagine the complete irony of this, trying to claim any of this as somehow representative of Trump’s “connections” to the Chinese, given the relations that the Bidens appeared to have with the Chinese. Not to mention that some of those things are immediately easily disputable, such as Trump was anything but easy on the Chinese over human rights abuses. Unlike Joe Biden, Trump didn’t try to defend the Chinese over the abuse of the Uighurs talking about “culturally…different norms,” as RedState previously reported.

But meanwhile, here’s a person with questionable ties to the Chinese allegedly feeding information about Trump to Hunter. I’m just going to guess that no Democrat is going to find that troubling.

According to the Daily Mail, the Senate Homeland Security and Finance Committees issued a joint report in Sept. 2020, concluding that the millions of dollars transferred from the firm to Hunter and his uncle “raise criminal financial, counterintelligence and extortion concerns.” According to the Senate report, Hunter Biden was paid through September 2018.

Jim Biden’s consulting firm, Lion Hall Group, received a total $76,746.15 from the venture with the note, ‘office expense and reimbursement.’ In November 2020, Finance Committee Chair Chuck Grassley (R-IA) called on the DOJ to investigate the concerns. Hunter is presently under federal investigation; he claims it’s over taxes, but as the Daily Mail notes, reporting has indicated that it also may involve his foreign dealings.