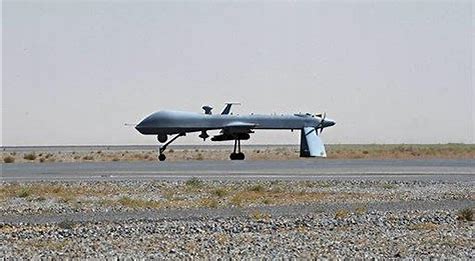 Yesterday, US Central Command released a celebratory announcement that it had killed an “ISIS-K planner” over 30 miles from Kabul’s Hamid Karzai International Airport (HKIA), and the scene of Thursday’s suicide bomb attacks on US troops manning a checkpoint at the airport’s “Abbey Gate.” That attack killed 13 members of the US Armed forces; twenty more were medevaced.

The drone strike was supposed to be some sort of reaction to the suicide bomb attack.

We are confident we successfully hit the target. Significant secondary explosions from the vehicle indicated the presence of a substantial amount of explosive material.

We are assessing the possibilities of civilian casualties, though we have no indications at this time. We remain vigilant for potential future threats.

While Biden simps everywhere were crowing about the size of the secondary explosions and how badass their man Joe is, word began to leak out that this attack was not as smooth as they wanted us to believe.

Nine members of one family were killed in a US drone strike targeting a vehicle in a residential neighborhood of Kabul, according to a relative of those killed.

Those killed included six children, the youngest being a 2-year-old girl, the brother of one of the dead told a local journalist working with CNN.

The brother cried as he told the journalist that they were “an ordinary family.”

“We are not ISIS or Daesh and this was a family home — where my brothers lived with their families,” he said.

“We are aware of reports of civilian casualties following our strike on a vehicle in Kabul today,” Capt. Bill Urban, spokesperson for US Central Command, said in a statement. “We would be deeply saddened by any potential loss of innocent life.”

This also struck me as strange as it provides more detail than the US military has released.

Is the spokesman regurgitating what someone in the US contingent in Kabul told him? Or is he tacitly acknowledging that the US was acting on Taliban supplied targeting information?

It is hard to underscore what kind of a monumental f***-up this is. The last thing we need is to be collapsing our security perimeter at HKIA and suddenly have armed Afghan civilians decide to get their licks in.