TERROR VICTIMS: 2 Mothers In Their 40s Murdered In Cold Blood In Be’er Sheva 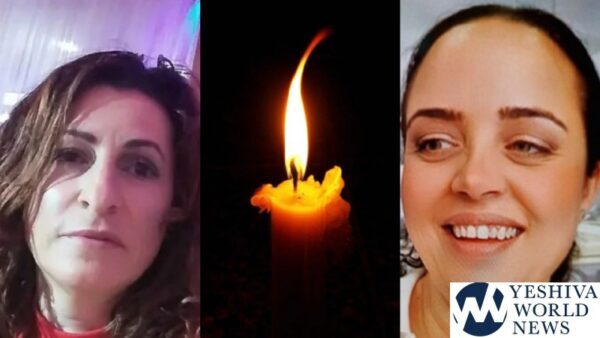 One of the victims of the terror attack on Tuesday in Be’er Sheva was identifed as Dorit Yachbas, a 49-year-old mother of three from Moshav Gilat in southern Israel.

Dorit, h’yd, also left behind a grieving husband, parents, and brothers and sisters.

In a sad twist to the terrible incident, her nephew was one of the MDA paramedics who rushed to the scene and was shocked to find he was treating his own aunt.

“I was one of the first to arrive at the scene and I began administering emergency aid to one of the victims who was unconscious,” said MDA paramedic Yisrael Ozen. “As I was treating her, I identified her as my aunt, my mother’s sister. She had no signs of life and we were forced to declare her death. I was in shock but I had to continue functioning and take care of my uncle [the victim’s husband] who arrived at the scene.”

In another shocking incident, a Be’er Sheva policeman who arrived at the scene of the attack discovered that his sister was one of the murdered victims. She was later identified as Lora Yitzchak, h’yd, a mother of three girls, who worked near the site of the terror attack.

3 thoughts on “TERROR VICTIMS: 2 Mothers In Their 40s Murdered In Cold Blood In Be’er Sheva”