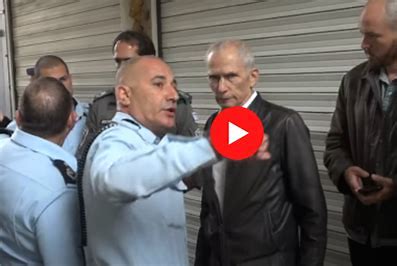 In a shocking terror attack in Jerusalem’s Old City near the Western Wall, Fadi Abu Shkahydem, member of Hamas gunned down three people near the entrance to the Kotel Plaza before being shot by Israeli police.

https://www.youtube.com/embed/wFYUAI8VHU0?feature=oembedGET THIS VIDEO SEEN BY THOUSANDS

Fadi Abu Shkahydem, the shooter in today’s terrorist attack should have raised red flags when his wife and children suddenly flew over seas, something that would never happen unless her husband was about to carry out a terrorist attack. This is a major setback for the internal security in the country and points to the problems plaguing the Bennett government.

Former Prime Minister Netanyahu shared his thoughts and prayers after the attack: “I send heartfelt condolences to the family of the murdered and pray with you for the healing of the wounded in the deadly attack in Jerusalem. Hamas, which is behind the attack, must pay a heavy price for this criminal murder in the heart of our capital.”

In stark contrast, Ra’am leader and member of the coalition, Mansour Abbas said that he condemns “harm to innocent people on both sides, and it will continue this stance, especially when it comes to innocent civilians.”

The police continued to sweep the area in a search for a supposed accomplice. The location of the attack is a major thoroughfare in the Western Wall plaza and is assumed be a safe place.