Growing Fear Amongst Palestinians of a Civil War is Brewing 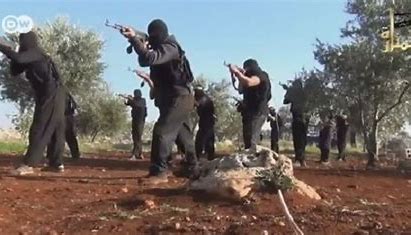 Charges that the Palestinian Authority was not doing enough to enforce law and order, amid increased scenes of anarchy and violence in some parts of the West Bank, emerged Wednesday. Palestinian civilians warned that the violence could lead to “civil war,” especially between large clans and armed gangs in Hebron and the northern West Bank.

In the past few days, four universities were shuttered due to violent clashes on campuses between students and rival clans. Al-Quds University in Abu Dis, south of Jerusalem, closed after masked gunmen from the nearby village of Al-Sawahreh opened fire at cars belonging to students and lecturers. The shooting is connected to a dispute over a parking lot near the university. Bir Zeit University, north of Ramallah, closed following violent clashes between students belonging to rival Fatah-affiliated groups.

On Tuesday, Hebron University and the Palestine Polytechnic University in Hebron closed after violent brawls erupted between students belonging to feuding clans.In addition, dozens of houses, businesses and shops were set alight, especially in Hebron, where masked gunmen have been engaged in street fighting over the past week. Most of the gunmen belong to the Ja’bari and Al-Awaiwi/Abu Eisheh clans. “The situation in Hebron is very dangerous,” said Abdel Wahab Gheith, a leader of one of Hebron’s largest clans. “We hold the Palestinian Authority responsible for the security chaos in Hebron.”Gheith pointed out that PA Prime Minister Mohammad Shtayyeh, who visited Hebron last month, promised to deploy hundreds of police officers in the city to maintain law and order.

“The Palestinian Authority sent 500 officers to Hebron and the situation was calm for nearly one month,” Gheith said. “We stopped hearing gunfire at night. But we were surprised to see that the officers were later redeployed to the Jenin area.” The officers were dispatched to Hebron after an emergency meeting of the PA cabinet in Hebron to discuss ways of ending violent clashes between rival clans.Earlier this week, the fighting between the Ja’bari and Al-Awaiwi/Abu Eisheh clans resumed. At least four people were injured.

Sources in the city said that more than 20 houses, vehicles and businesses were torched. The Ja’baris accuse a member of the rival clan of being behind the killing of taxi driver Basel Ja’bari two months ago. They claim that the PA has done nothing to punish the culprits.“Every night, dozens of gunmen exchange gunfire in various parts of Hebron,” said Hebron businessman Haitham Rajabi.

“This means that the thugs and criminals who are terrorizing the residents of Hebron at night are the same law-enforcers during the day.” According to Ja’bari, some of the weapons used by the rival clans belong to the PA security forces. The heads of some of Hebron’s clans have appealed to King Abdullah to send Jordanian troops to the city to stop the fighting and violence, Ja’bari revealed. “By appealing to the king of Jordan, we are trying to send a message to the Palestinian Authority that it must intervene immediately to restore law and order,” he added.

“It is a message aiming at provoking the Palestinian leadership into waking up before it’s too late. What we are witnessing these days is a real civil war.” The violence, meanwhile, has spread to other parts of the West Bank, where Palestinians have also accused the PA of failure to enforce law and order.Several incidents took place in the Jenin area, where Hamas and Palestinian Islamic Jihad (PIJ) have a strong presence. In the village of Al-Sileh Al-Harthiyeh, near Jenin, armed clashes erupted last week between PA security officers and unidentified gunmen, sources in Jenin said, adding that there were no casualties.Earlier this week, PA President Mahmoud Abbas fired the commanders of the Palestinian security forces in Jenin.

The move came after thousands of Palestinians, including Hamas and PIJ gunmen, participated in the funeral of Wasfi Kabaha, a senior Hamas official who died last week of COVID-19. The large turnout and the presence of masked gunmen on the streets of Jenin was seen by many Palestinians as a direct challenge to Abbas and the PA leadership. Hamas leaders boasted that the large turnout was a sign of increased support for their group and its ideology in the West Bank.Some Palestinians are convinced that the PA is not really interested in taking drastic measures to end the violence. “As long as the violence is not directed against the Palestinian Authority, you won’t see a serious effort to crack down on those responsible for the anarchy,” said Jenin resident Emad Nasser.

“The Palestinian Authority knows that its hands are tied when clans consisting of thousands of people choose to fight each other. It’s much easier to go after individuals who carry out armed robberies and are involved in drug trafficking than getting into trouble with a large and powerful clan, whose members may even be serving in senior positions in the Palestinian Authority and its security forces.” The Palestinian Independent Commission for Human Rights (ICHR) said that it views with grave concern the recurrence of disorder and rampant insecurity in Hebron. The group said that firearms and machine guns were used during the recent clashes in the city and its surroundings. “Embedded in a deep-rooted social context and catering to values of vengeance and the principle of action and reaction, these regrettable events must be brought to an end,” ICHR said in a statement. “They seriously jeopardize the social fabric and community safety. These offenses also undermine citizen’s fundamental rights and freedoms, cause the destruction of property, disavow the rule of law, and legitimize collective punishment by taking the law into one’s own hands.”

ICHR called on the PA to take necessary measures to protect the lives and properties of Palestinians.It further called for it to enforce the rule of law in a fair and equitable manner, to prevent the proliferation of weapons and to confiscate all illegal firearms.•