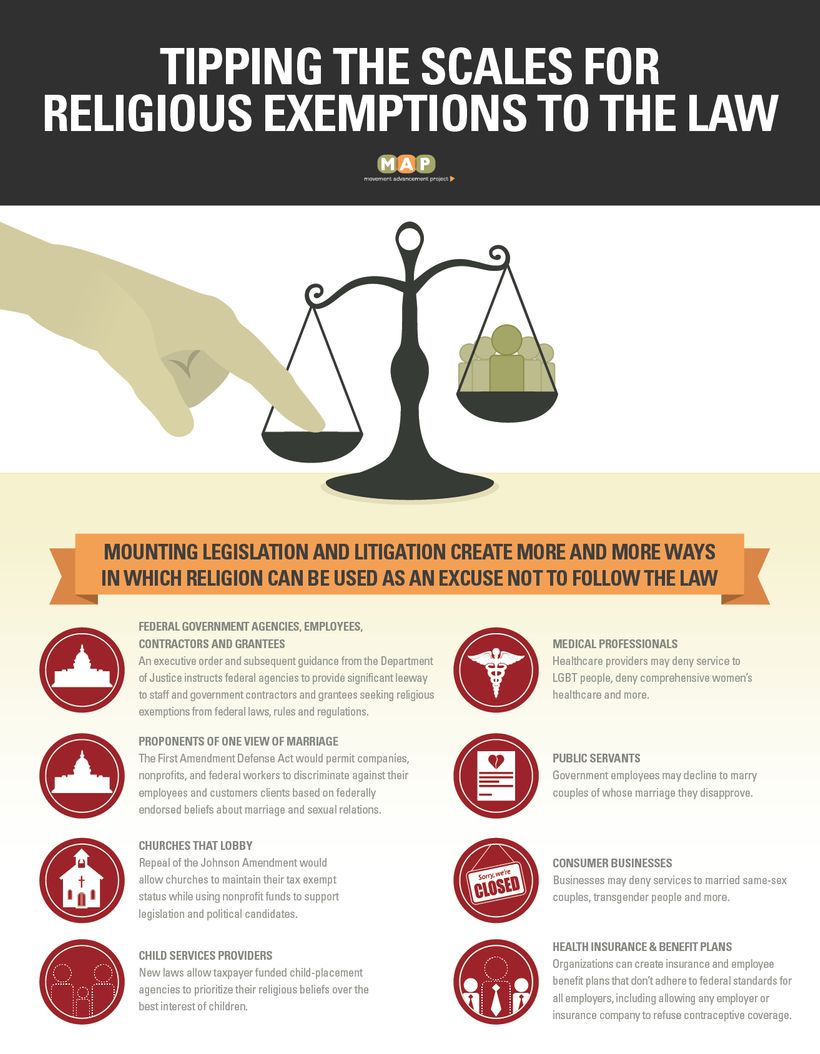 April 26 (UPI) — More than half of U.S. states are battling over a Department of Labor rule expanding a religious exemption for federal contractors from nondiscrimination requirements in hiring and firing.

The rule, which went into effect during the Trump administration, allows contractors to condition employment on adherence to certain religious tenets rather than simply exercising a preference for members of the same faith. In addition, it lets for-profit entities claim the exemption if they present strong evidence that their purpose is “substantially religious.”

Fourteen states and the District of Columbia, with New York taking the lead, sued the Labor Department on Jan. 21, the day after President Joe Biden was sworn in, seeking to have the rule rescinded. The same day, two organizations and a labor union that promote equality and diversity in the workplace filed a similar lawsuit in federal court in Oregon.

The two suits allege the rule will weaken protections for private-sector workers employed by federal contractors and increase employment bias.

“The final rule is at odds with the carefully crafted balances struck in plaintiffs’ statutes and regulations and harms plaintiffs’ interests in enforcing their own laws and furthering longstanding anti-discrimination policies,” the New York suit says.

Twelve more states, led by Alabama, jumped into the fray on March 29, after the labor department’s Office of Federal Contract Compliance Programs told the judges in the two lawsuits it intends to rescind the rule. These states filed a motion asking the New York judge to let them intervene in the case and become the defendants.

Alabama Attorney General Steve Marshall said the effort to roll back the rule is an affront to fairness and a major blow to the state’s workforce. In fiscal 2020, Alabama-based contractors were awarded 98,147 federal contracts or subcontracts worth a total of about $12 billion, he said.

“Not only does the lawsuit I’m opposing seek to undermine the ability of religious organizations to obtain federal contracts by removing federal rules that define their eligibility, but the federal government has declined to even defend the rule, forcing states, like Alabama, to step in to represent the rights of religious contractors,” Marshall said in a news release.

Litigation in the cases has been paused until May 11 while the Department of Labor goes through the process to rescind the rule, which takes several months.RELATED Lawsuits seek to stop mining, construction on sacred sites

Rescinding the rule would likely moot the litigation, but the Alabama group is still pressing its request to intervene.

The proposed defendant-interveners say that with the federal defendants now aligned with the plaintiff states, there’s a risk the parties could reach a settlement. In that situation, they want to be able to raise any concerns before an agreement is approved.

President Lyndon B. Johnson in 1965 signed Executive Order 11246 to protect employees of federal contractors and subcontractors from workplace discrimination. The order — which was amended several times over the years — prohibits contractors from discriminating in employment decisions on the basis of race, color, religion, sex, sexual orientation, gender identity or national origin.

According to the OFCCP, the new rule was motivated by legitimate secular purposes, including clarifying the law and defining the scope of the exemption; expanding the eligible pool of federal contractors; and alleviating “significant governmental interference” with the ability of religious organizations to carry out their religious missions.

The exemption will have no effect on the vast majority of contractors, OFCCP says in a preamble to the rule.

The OFCCP gives examples of hypothetical companies that are federal contractors. One is a closely-held for-profit company that manufactures metal candlesticks and other decorative items for its customers, the majority of them churches and synagogues.

The company regularly consults with ministers and rabbis about new designs to ensure that they conform to any religious specifications. However, the company would not qualify for a religious exemption because its fundamental purpose is “secular and pecuniary, not religious” according to the OFCCP.

Another example is about a small catering company that is owned by two Hasidic Jews that provides kosher meals primarily to synagogues and for various events. The employees receive instruction about preparing kosher food, which involves more work and raises the preparation cost, and the company’s mission statement is to fulfill a religious mandate to strengthen the Jewish community. That contractor likely would qualify for the exemption, the OFCCP says.

OFCCP received about 109,000 comments with a wide range of opinions before it finalized the rule, which went into effect Jan. 8. In a preamble, the office said that “virtually all commenters agreed with what the plain text of the exemption provides: That religious organizations can consider an employee’s particular religion when taking employment action.”

Commenters, however, were divided over the scope of the exemption, including which employees and which employer actions it applied to. OFCCP said it disagrees with those who argue that the definition of “religion” is overbroad and would permit contractors to make faith-based employment decisions beyond those permitted by law.

But the New York suit alleges the rule unlawfully expands the exemption, creating a loophole that allows employers to discriminate against employees of any faith and to impose religious tenets on them.

Weakened anti-discrimination protections for a substantial portion of private-sector workers who are employed by a federal contractor — about a fifth of the U.S. workforce — would result in significant harms to them including lost wages and benefits, out-of-pocket medical expenses, job search costs and negative mental and physical health consequences, according to the lawsuit.

In turn, state and local governments would have to shoulder the costs stemming from the effects of that discrimination on the economy, tax revenue and healthcare, the New York group says.

The plaintiffs in the Oregon case — Oregon Tradeswomen, Inc., which promote success for women in the trades; Pride at Work, a constituency group of the American Federation of Labor and Congress of Industrial Organizations that represents lesbian, gay, bisexual and transgender union members; and the American Federation of Teachers, a labor union — note that the rule allows religious organizations to claim the religious exemption for all employment decisions, instead of only during the hiring process.

Expanding the reach of the exemption like that “expressly authorizes federal contractors and subcontractors to make employment decisions that discriminate on the basis of sex, sexual orientation, or gender identity, among others, by simply citing the employer’s religious beliefs or views,” the groups allege in the suit.

The suit says women have been fired or demoted for having an abortion, using their health-sponsored health insurance for contraception and becoming pregnant outside of marriage or while in a same-sex relationship.

Emily Martin, an attorney representing the Oregon groups, says the expanded exemption was partly motivated by hostility to changes made by the Obama administration that made it clear contractors could not discriminate against employees on the basis of sexual orientation or gender identity.

“This rule was an effort to give federal contractors the power to say, ‘We don’t like those rules, and we don’t want to follow them,'” said Martin, who is vice president for education and workplace justice for the National Women’s Law Center.

She said the Trump administration was emboldened by a 2014 U.S. Supreme Court ruling that said Hobby Lobby and other closely-held companies with religious objections to contraception cannot be compelled to pay for their coverage.

“The Trump administration acted really aggressively to try to expand the right to discriminate in the name of religion,” Martin said.