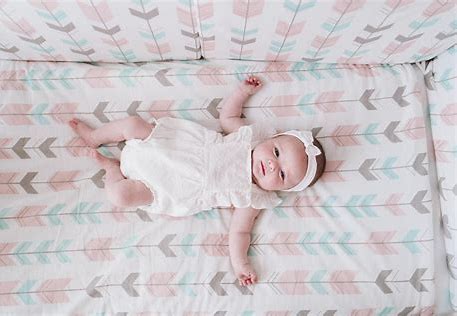 A federal government study finds that soft bedding is to blame for a majority of sudden unexpected infant deaths in children under age 1. File photo by OndroM/Shutterstock

April 27 (UPI) — Soft bedding is to blame for a majority of sudden unexpected infant deaths in children under age 1, a study of nearly 5,000 cases found.

The study by the U.S. Centers for Disease Control and Prevention found that 72% of cases involved “unsafe bedding.” The study was published in the May edition of Pediatrics, a journal published by the American Academy of Pediatrics. The study tracked deaths that occurred from 2011-17.

Blankets, pillows, stuffed animals and crib bumpers remain the leading causes of accidental suffocation among babies 4 months old and younger, the research found. Sleep surfaces other than cribs also was cited as a cause.

“We’re also talking about infants being placed on surfaces other than a bassinet or crib — a couch, a recliner or an adult bed. We’re seeing babies who are dying in all of those circumstances,” said the study’s author, Sharyn Parks, senior epidemiologist at the CDC’s Division of Reproductive Health, according to NBC News.

About 3,500 babies die of SUID every year in the U.S., the CDC reports. The number of deaths has been rising in recent years after a decline in the mid-1990s when a public health campaign called “Back to Sleep” started. The campaign urged new parents to put newborns on their backs to sleep, rather than on their stomachs.RELATED U.S. infant mortality rate hits all-time low, CDC reports

In 1993, a year prior to the campaign, nearly 4,700 babies had died of sudden unexpected death. The number of deaths had dropped to about 2,350 by 2010, according to the American Academy of Pediatrics.