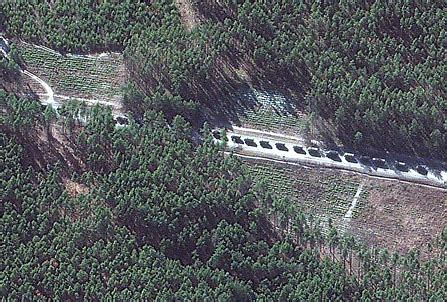 Tanks and armoured vehicles, many towing artillery and mobile rocket launchers, had rumbled to within 17 miles of the besieged capital last night.

The blast spread to the nearby site of the horrific Babyn Yar massacre, where Nazis executed 33,771 Jews in just two days in September 1941.

Debris damaged the memorial to the atrocity and prompted a furious response from Ukrainians.

The terrifying force now moving in on their capital is almost certain to fan out to encircle the city in the coming days before blasting its way through civilian neighbourhoods in a bloody final push.

But Ukraine’s hero president Volodymyr Zelenskyy remained defiant yesterday as he awaited the onslaught, declaring: “We will neutralise them all.”

Speaking from his bunker, he went on to deliver a moving appeal for support — and for his embattled nation to be fast-tracked for EU membership.

A translator could be heard struggling to fight back tears as Mr Zelenskyy accused Russia of state terrorism and war crimes.

“The EU will be much stronger with us. Without you, Ukraine will be alone.”

The former TV comic was given a standing ovation as he went on: “We are fighting also to be equal members of Europe.

“I believe that today we are showing everybody that is what we are. We have proven that, as a minimum, we are the same as you.”

Just hours after he had insisted he would not take part in the war, his country’s parliament announced that the state was joining forces with Russian allies in Ukraine’s Chernihiv region.

Belarus has even ditched its non-nuclear status — making way for a possible deployment of Russian nuclear weapons.

Makeshift barricades made of tyres, trucks and wheelie bins appeared at key intersections where defenders dug in for the night.

Russians rolling into the city will be greeted with a hail of bombs, bullets and British NLAW anti-tank missiles, as well as banners declaring: “Russian soldier, go to f***.”

It was reported many Russian conscripts had been brainwashed into expecting to be greeted with bouquets rather than bombs.

But as he manned a barricade, Kyiv bank worker Viktor Rudnichenko told The Sun: “The only flowers they might get from us will be for their grave.”

Frustrated Putin, who had been promised a new puppet government in Kyiv within five days by his cocky commanders, is feared to have authorised a reckless onslaught to crush the resistance.

He has been infuriated amid Ukrainian claims 5,710 Russian soldiers have been killed, and 200 taken prisoner.

It was one of the biggest single slaughters of the Holocaust. A grim total of 100,000 Ukrainians eventually died there.

Men, women and children — the youngest just two weeks old — were rounded up, forced to strip and marched to a ravine.

The Nazis methodically executed the helpless victims with single shots from their fast-action pistols over two days. The bodies toppled into the ravine.

Recalling the scene at his trial years later, an SS commander spoke of the “indescribable wailing” echoing across the valley.

The following month 50,000 more Jews were slaughtered in the port of Odessa.

But the grim toll of civilian deaths in the carnage was rising, as officials reported 352 people had died including 16 children.

A further 2,040 civilians were said to have been wounded, including 45 children.

3 thoughts on “SERPENT OF DEATH ”