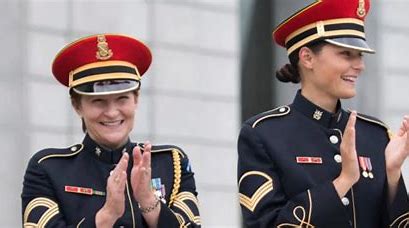 [JNews Editorial Note] There appears to be inexplicable irony that in Israel, we have been battling the issue ‘Drafting Women’ into the Army for more than 70 years and have accomplished nothing. We do not want to compare issues of struggles in Judaism to American Socia Struggles. Nor is this comment intended for us to seek guidance from American political debates and frame those methods into our religion-focused society. But rather than analyze the methods used in American Politics, we would be advised to analyze the passion of our convictions; are we committed to the ideals that we shout and protest or are we just paying lip service.

Conservatives can celebrate a significant, hard-fought victory in fending off congressional proposals to draft women and create a civilian national service.

Barring unexpected changes, conservatives can celebrate a significant, hard-fought victory in the writing of the National Defense Authorization Act (NDAA) for 2022.

In November, the situation was grim. Senate and House versions of the annual defense bill didn’t just authorize funding for bad social issue mandates; they would have turned the military into an institution promoting the far left’s favorite “woke” initiatives.

In July, the Senate Armed Services Committee (SASC) approved their defense bill (S. 2792) behind closed doors. The text was not even disclosed until September, and the full House approved similar legislation (H.R. 4350 ) with little debate or awareness of its consequences.

The defense bill also would have changed the purpose of Selective Service, authorizing conscription to “meet diverse mobilization needs” and “not solely to provide combat replacements.” This blank check language would have empowered Pentagon bureaucrats to commandeer the lives of young people not just for military combat, but for reasons that have never justified conscription before.

Conscripting Up to 1 Million Kids In Peacetime?

The Center for Military Readiness questioned the legal authorization for an “Executive Agent for National Mobilization,” described as a senior civilian in the Office of the Secretary of Defense who would have produced a possibly classified report discussing how to mobilize 300,000 to 600,000 or even 1 million “inductees” – for what?

Such a Cabinet-level council would empower bureaucrats to control the lives of young people with economic “carrots” and “sticks” imposing both military and civilian national service requirements on young persons of draft age.

The 3,268-page House bill endorsed more bad ideas, including controversial critical race theory (CRT) programs.  CRT instructions, which demoralize personnel with unresolvable allegations of “systemic racism” and “white supremacy,” are toxic at the military service academies and in environments where individuals must trust and depend on each other for survival in battle.

Democrats rejected those efforts. Instead, they doubled down with provisions to establish an “Office of Countering Extremism,” which would “engage and interact with, and solicit recommendations from, outside experts on extremism.” This “engagement” likely would have included woke consultants and ideologues who have labeled conservatives and CRT critics as “extremists” who have no place in the military.

The same House bill called for the “Expansion and Codification” of Defense Department “diversity, equity and inclusion” training programs focusing on racism, discrimination based on sex, sexual orientation, or gender identity, plus “conscious and unconscious bias.”

This office would have become a high-level power base for academics and ideologues who target “extremism” with race-conscious CRT programs and even more Defense Department demographic “diversity metrics” – meaning, percentage-based quotas.

Several conservative organizations announced they would “score” against the NDAA, and lawmakers received thousands of protest messages from constituents.  Everything changed on December 7, when House and Senate negotiators proposed a “bi-partisan, bi-cameral” compromise defense bill. The legislation eliminated all the provisions above while retaining $25 billion in defense funds above the Biden administration’s request.

The compromise bill, which the House quickly approved with the Senate likely to follow, is not perfect. New York Sen. Kirsten Gillibrand’s expansive legislation to remove commanders and convening authorities from decisions about all felony crimes wound up on the cutting room floor, but the compromise bill includes similar legislation with a shorter list of crimes.

This legislation will not protect anyone’s daughters or sons from sexual harassment or assault, but it will undermine the principle that commanders are responsible for everything that occurs within their command. When radical changes in the Uniform Code of Military Justice (UCMJ) take effect in two years, Congress will hear complaints about far-away professional prosecutors who delay sexual assault cases and bog down the wheels of justice.

Next time, any proposal regarding Selective Service should be debated in the open, after full hearings with independent witnesses, in a stand-alone bill in regular order. This would follow historic precedent set in 1980 by then-chairman of the Senate Armed Services Committee Sam Nunn, D-Ga.

Following Chairman Nunn’s comprehensive hearings, the Senate authorized funds to restore Selective Service registration of men, but not women, as President Jimmy Carter had requested. That discerning Senate did in three months what the National Commission charged to study Selective Service failed to do in three years.

In the future, lawmakers should eliminate CRT in the military, while rejecting any legislation that would codify the Pentagon’s woke industrial complex. The Defense Department already has too many power bases for academic ideologues and professional consultants motivated by leftist activists.

Negotiators deflected an NDAA disaster this time, but Congress needs to show more care when writing defense bills under which men and women will live and sometimes die.