Is the Current War on Christianity by the Left Wing White House and Congress Merely a Strategy to Eventually Go After ‘Jews’ ? 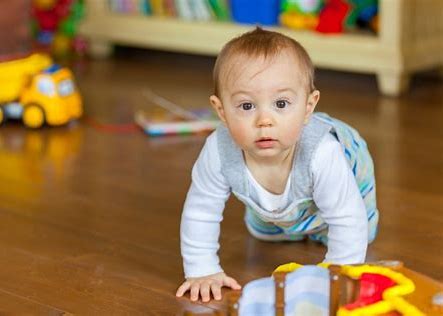 Even though it appears in general to be a war on religion, it is possible that eventually when Judaism is attacked they will be able to say that they don’t single out Jews rather it began as a war on religion in general. It should be pointed out that while there is an obvious war on Christianity at this point, Islam appears to be protected by the left. Below is a report by The Federalist, on the Government’s efforts to get Christians out of the Day Care industry so as to cut off their influence.

By Joy Pullmann
SOURCE: THE FEDERALIST

“The Democrats went out of their way to make sure and prohibit religious care providers from receiving any of these funds, and unanimously rejected an amendment to allow all child-care providers to be eligible for grants, including religious providers,” said Rep. Jackie Walorski, R-Indiana, the ranking member on the House’s subcommittee on Worker and Family Support.

Democrats’ legislation would create a new federally controlled child-care entitlement available to the majority of families in the nation. The legislation authorizes up to $20 billion in the program’s first year, $30 billion in its second, $40 billion in its third, and an unlimited amount after that. The estimated cost of this program over the next ten years is $400 billion.

This means potentially forcing religious organizations to deny all theology that acknowledges basic truths about human biology and reproduction. Given the state of federal “nondiscrimination” law, this could include forcing religious organizations to allow males into female bathrooms, hire transgender babysitters, and teach small children that men can turn themselves into women and that theologically condemned sex acts are in fact morally good.

Just one-third of American children younger than five are placed in center-based care, according to federal statistics. Sixty-three percent of American kids ages five and younger are cared for by family, and 11 percent by a babysitter or nanny. Most American kids ages 0 to 5 who do have regular childcare are away from their parents only part-time.

Among the minority of American families who enroll young children in full-time care, 53 percent currently choose a religious facility, according to a January 2021 survey of parents from the Bipartisan Policy Center. Family care was parents’ top preference for their children, with religious-based care the second-most preferred option in the BPC poll.

Numerous studies have found that the quality of language and interaction available to a child in infancy and early childhood is extremely important to that child’s intellectual and social development. Studies have also found that frequent one-on-one interaction between a small child and his parents benefits early language development even if the child’s parents are poorly educated. This effect disappears, however, if that poorly educated mother is employed to care for many tiny children at once instead of one of her own to whom she can fully dedicate her attention and conversation time.

Large early childhood programs are of notoriously poor quality. The major existing such program, Head Start, has failed to improve attendees’ education and life prospects in all the quality research done on the program that has spent some $250 billion from taxpayers since it began in 1965. In fact, federal research has found that children who participated in Head Start later learned less in math and behaved worse than peers who didn’t participate.

The research that shows any long-term benefit to children of attending early childhood programs derives such results from small-scale, boutique programs that employed teachers and support staff such as doctors who were much better educated than the typical daycare or preschool employee.

Research also shows mass programs that separate small children from their parents decrease children’s intellectual abilities and increase their aggression, risky behavior, and later likelihood of committing crimes. They also tend to erode parenting skills. The more time a small child spends away from his mother, the worse such negative effects tend to get.

“The amount of hours spent in day care each week during the first four years of life was the key child care predictor of behavioral problems,” writes social scientist Dr. Jenet Erickson in a review of several such studies. “In fact, the statistical effect size of the relationship between day care hours and caregiver reports of behavioral problems at age four and a half was so strong that it was comparable to the effect of poverty. Importantly, these statistical effects did not diminish as children aged.”

High-quality studies found that children who attended Tennessee’s state-run pre-K program had worse behavior and academic outcomes than children who did not. Children who attended Quebec’s universal early childcare program were 22 percent more likely to be convicted of a crime in young adulthood compared to children who did not participate in the program. Children separated from their parents in their youngest years through Quebec’s program also demonstrated greater emotional fragility that lasted into adulthood.

“The left is at war with religion and family-centered things. They think cradle to grave, government knows best,” Walorski said.

Walorski has sponsored legislation that would expand tax-free savings accounts families can use to pay for their own child care, tutoring, enrichment activities such as music lessons and summer camp, and more.