Self Defense No Longer an Option in Israel: Judge Overturns House Arrest for Jews who Fired in Self-Defense 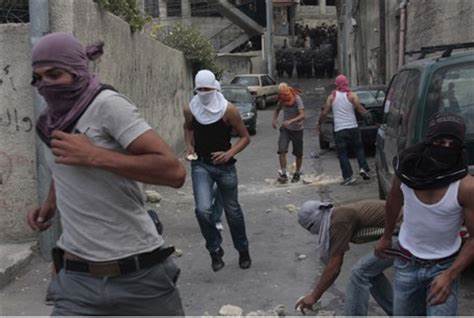 Eight Jews were attacked and fired into the air to defend themselves. Police took 50 minutes to arrive & then arrested… the Jews. On Wednesday, Jerusalem District Court Judge Shmuel Herbst received a petition submitted to him on behalf of eight Jews who were arrested after defending themselves from dozens of attackers in the Beit Hanina neighborhood of Jerusalem on the eve of the Shavuot festival (Sunday afternoon).

In his ruling, Judge Herbst expressed criticism of the conduct of the police, who arrived at the scene of the attack almost an hour after being summoned, and then arrested not the attackers but those who had the audacity to defend themselves against them.

The attack occurred on Sunday afternoon, as the eight men were on their way to a Jewish-owned home in the predominantly Arab neighborhood of Beit Hanina. As they emerged from their vehicles, Arab rioters fell upon them and started to attack them with rocks, stones, and fireworks. The Jews called the police, but almost an hour passed before the first officers arrived at the scene. Meanwhile, the eight men were left to defend themselves as best they could, firing into the air in the hope that this would cause the Arabs to leave.

Eventually, police did arrive and then proceeded to arrest the eight, including one minor, taking them to the police station. They were eventually released but confined to house arrest and forbidden to enter Jerusalem, and also placed under additional restrictions. On Wednesday, their attorney, Nati Rom of the Honenu organization, submitted an appeal on their behalf, asking for the restrictions to be cancelled.

During the hearing, the justice described the severity of the attack as documented by police, and noted that, “Dozens of rioters – who set fire to trash cans and blocked the street with them – threw a huge number of fireworks … and also stones and Molotov cocktails…” at the defendants, who were fortunately not injured.

Addressing what he saw as police failures, Judge Herbst said, “You can’t have it both ways – on the one hand, tell people that the correct course of action is to summon the police, and on the other hand, make them wait over 50 minutes until officers arrive – and meanwhile, rocks and fireworks are being thrown at them.”

The judge also criticized the police for claiming that the eight men should simply have run away, saying, “I do not see this as an acceptable approach when dealing with attackers, whereby those under attack are supposedly required to flee the scene,” and he compared the stance of the police with the example of a person who walks through a crime-ridden neighborhood and is robbed of his money – would the police say that the victim was at fault for simply being in the wrong place?

In his ruling, Justice Herbst partially accepted the appeal, ordering the police to release the eight men from house arrest and reverse their distancing order. With regard to the confiscation of their weapons, the judge set a date by which, if additional evidence had not come to light, the police must return them to their owners.

Responding to the ruling, Attorney Rom said, “Israel Police is failing to contain such incidents, but nevertheless, is continuing to claim that everything is under control. Police don’t turn up at incidents involving dangerous attacks for fifty minutes, and then try to curtail the abilities of citizens to protect themselves. Such an approach is absolutely invalid and is liable to lead to loss of life.”

5 thoughts on “Self Defense No Longer an Option in Israel: Judge Overturns House Arrest for Jews who Fired in Self-Defense”