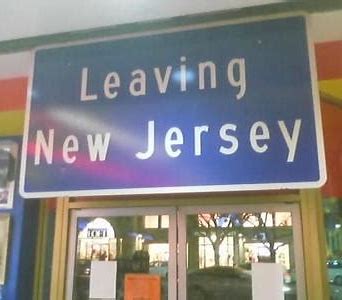 Report recommends policymakers put a ceiling on property taxes for all seniors and veterans to stem the exodus.

New Jersey policymakers should put a ceiling on property taxes for all seniors and veterans to help the state keep more retirees from moving elsewhere, a new report recommends.

The recommendation was included in a new Garden State Initiative (GSI) research report, “Retirees and New Jersey: How we can be Perfect Together,” which concludes the state is losing retirees at a higher rate than peer states.

GSI also recommended state leaders build on the state’s strength of high-quality healthcare, expand the income tax exemption to include all retirement income and address gaps in public transportation for retirees.

“Retirees are fleeing New Jersey and it’s not because of the weather,” GSI President Regina M. Egea said in an announcement. “Retirees acknowledge that New Jersey has strong natural attributes such as access to high-quality healthcare, geographic and ethnic diversity and substantial transportation infrastructure in parts of our state.

“That unfortunately is often not enough to overcome the high cost of living for those on a fixed retirement income,” Egea added. “Our analysis finds that the cost of living, driven by taxes, is separating generations of families, and forcing retirees to leave the communities they’ve called home for generations. This situation is the result of decades of policy decisions that have been made in Trenton but can also be reversed by refocusing our priorities.”

The analysis builds on a GSI/Fairleigh Dickinson University School of Public & Global Affairs survey released in November 2019 that found a third (33%) of state residents approaching retirement planned to leave the state because of excessive taxes.

GSI said any loss of retirees carries with it tremendous financial implications for the state’s future. Over the last decade, GSI found New Jersey lost more than $79.3 billion in “total wealth outmigration” to Pennsylvania, Delaware, Florida and Arizona, including $55.9 billion to Florida alone.

“Make no mistake, this is a serious crisis for New Jersey’s families and our state’s future,” Egea said. “But these solutions are attainable and can be implemented with commitment from our leadership in Trenton.

“While many Garden State residents expressed their displeasure at the ballot box on November 2nd, a growing number continue to ‘vote with their feet’ by leaving the state,” Egea added. “The loss of taxpaying residents such as we are experiencing now, represents the greatest threat to our state’s economic and fiscal health that policymakers cannot wish away or now ignore if they want to continue to lead our state.”