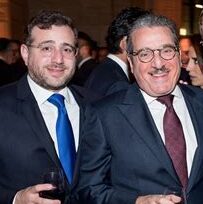 Lakewood Zoning Board was slammed with a lawsuit claiming its approval of a 99-unit apartment building and social hall on Route 88 did not follow basic legal requirements.

Lakewood residents filed a lawsuit this week claiming the Lakewood Township’s Zoning Board did not follow its legal requirements when, back in February it approved a building with 99-unit residential apartments and social hall on Route 88 at Monmouth Avenue (across the Co Op). The owners of this project are Moshe Tress and Shmuel Werdiger. Moshe Tress, is a millionaire who likes making fast cash. Shmuel Stephen Werdiger is the son Sol Werdiger, CEO of Agudath Israel. Tress is well acquainted with Board president Yechiel Herzl,  who is in cahoots with the local big developers.

Many residents say the traffic this mega project will technically split the town into two sections -North LKWD and South LKWD. Many residents sent in letters to the board objecting to this project and many called in to speak against it. Their objections were not heard.

This is the 6th lawsuit in several months claiming improper and illegal action by Lakewood’s land use boards.

According to the lawsuit ( attached below), the site—located in B-4 zone—does not allow multi-family housing. The building application therefore required a number of “variances” from the zoning board which would provide a waiver for these issues in order to proceed with the project.

The applicant failed to sufficiently provide the statutorily required “special reasons” that would enable these variances to be granted. They failed to show why the property could not be developed within the regulatory framework in the existing zoning provisions.

Additionally, the lawsuit charges that the applicant failed to provide adequate public notice that the proposed building would include a social hall. In 2019, an Appellate Court decision ruled that a public notice must include a complete description of all intended uses in a development, regardless of the frequency of use. The court ruled that “proper notice” be issued to surrounding property owners, providing them the opportunity to attend public hearings and address any potential concerns; that the mere filing of “plans made available for public inspection will not cure a legally insufficient notice.”

Additionally, because of the failure to advertise the board lacked proper legal basis to adjudicate the case.

Interestingly the township Committee is scheduled to approve today an additional term for board member Hal Halverson despite the fact that there are 6 lawsuits pending in court because of the approvals of this board member.

Another interesting appointment to the board is Moshe Gleiberman, VP Administrator of Beth Medrash Govoha. Until now Beth Medrash Govoha called the shots in local politics by the use of proxies. Now it is going to be in the open. The mayor did not respond to JNews’s request for comment.