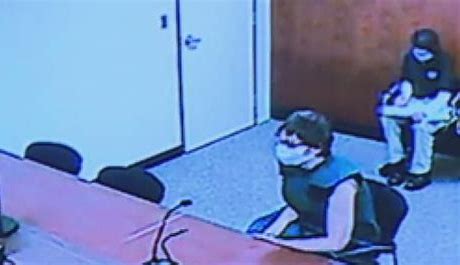 The alleged suspect who opened fire at a Michigan high school recorded several disturbing videos the night before the shooting that killed 4 students and injured 7 others, police said.

Lieutenant Tim Willis of Oakland County’s Sheriff’s Office told Judge Nancy Carniak that 15-year-old Ethan Crumbley, the accused suspect of the shooting, recorded videos the night before the incident where he “talked about shooting and killing students the next day at Oxford High School,” Fox News reported.

Oakland County Sheriff Michael Bouchard said that Crumbley’s parents “were brought in the morning of the shooting and had a face-to-face meeting with the school,” reportedly just two hours before the incident, according to Fox News.

Willis also added that “a journal was recovered from Ethan’s backpack also detailing his desire to shoot up a school to include murdering students.”

A video posted on TikTok showed students escaping through a window amid the shooting.

Authorities said the suspect used a 9m Sig Sauer during Tuesday’s shooting which was purchased by Crumbley’s father on Black Friday. The sophomore allegedly fired more than 30 rounds inside the high school before being apprehended, Fox News reported. Assistant prosecuting attorney Mark Keast told Judge Carniak that Crumbley “methodically and deliberately walked down a hallway, aimed the firearm at students and fired it.”

“After children started running away from the defendant, he continued down the hallway, again at a deliberate and methodical pace, pointing and aiming inside classrooms and at students who hadn’t had the opportunity to escape,” Keast said, according to Fox News.

Crumbley pleaded not guilty to one count of terrorism causing death as well as four counts of 1st-degree murder, seven counts of assault with intent to murder and twelve counts of possession of a firearm, Fox News reported.