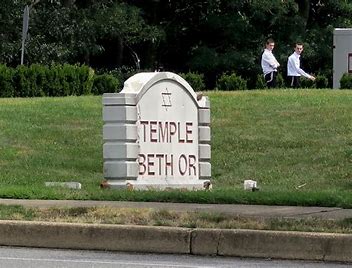 BRICK – An Orthodox Jewish boys school that opened without municipal approvals has agreed to remain closed until the site meets building, fire and safety code standards.

Congregation Kehilos Yisroel, which operates the boys school at 200 Van Zile Road, appeared in Superior Court on Tuesday morning after Brick Township attorneys sued to have the school closed. Brick officials insist the congregation needs municipal Planning Board approval to change the building’s use from a house of worship to a private school.

School officials contend that since the former temple had held classes, there was no change of use and, therefore, no Planning Board approval was necessary.

Congregation Kehilos Yisroel purchased the building in March from Temple Beth Or for $3.6 million. It subsequently opened the school for boys, drawing criticism from neighbors who said they received no notification of the plans.

In September, Superior Court Judge Craig L. Wellerson ordered the school to temporarily close until initial safety inspections could be completed by Brick officials. The school closed for Jewish holidays that same week and has remained closed ever since.

The congregation was set to reopen Wednesday, pending the outcome of the Superior Court hearing on Tuesday.

Attorney Ronald Cucchiaro, who represents Brick, told Wellerson on Tuesday morning that he and attorney Adam Pfeffer, who represents the congregation, had reached an agreement to keep the school closed until fire and construction code matters were in compliance with township rules.

Under the terms of the agreement, the congregation will notify the township when the code violations have been fixed, Cucchiaro said. Township inspectors then have 72 hours to inspect the building and another 48 hours to complete their subsequent reports, he said.

Until the issues are resolved, Cucchiaro and Pfeffer said they had agreed that the boys school would remain closed.

Wellerson said he would hold another meeting with the attorneys on Oct. 14 to follow up on the inspections.

Congregation Kehilos Yisroel also has drawn the ire of neighbors after homes along Hendrickson Avenue and Pello Road, within walking distance of the school, were purchased or put under contract by the congregation’s president, David Gluck, and converted into student dormitories.

In September, a group of neighbors marched down both streets in protest of the home conversions and the school’s operating without Planning Board approval. During the protest, they shouted “illegal school, cannot rule,” and “we are no fools. Illegal dorms, illegal school,” while the students watched from the lawn outside the former temple.

Brick code enforcement officials cited one of the nearby homes, 91 Hendrickson Ave., for overcrowding. Representatives of the congregation failed to appear in municipal court on Monday morning to address the citation as well as a second citation on the house of worship being used as a school without Planning Board approval.

That court hearing was rescheduled to Oct. 18.