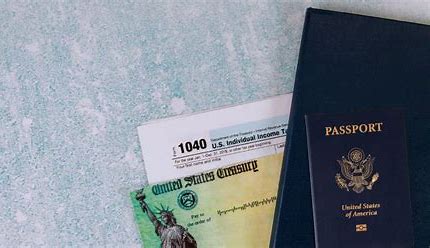 New Yorkers who are returning to international travel are facing serious delays with passport processing.

Currently, it can take 18 weeks to get a passport due to COVID-19 pandemic backlogs, according to State Department officials. In a briefing last week, agency officials said they were hiring additional staff to address the backlog—1.5 to 2 million applications nationally. But they also said they expect the delays to continue for the time being and have advised Americans to apply or renew their passports at least six months in advance.

New York and New Jersey elected officials have been urging the State Department to address the delays that they say are hurting families across the region.

He called these kinds of delays unacceptable, leaving travelers in limbo with booked flights and other reservations and called on the State Department to immediately increase their staffing levels.

Manhattan resident Hugh Ansty said that, in preparation for his son Fitz’s trip to Iceland, they got a passport appointment at their local post office three months ago. But after it got canceled, it became clear a passport might not come through in time. Fitz, 19, then tried to book an urgent travel appointment in New York City and nearby offices, but without any luck.

“I would sit in front of my laptop and I would just continually refresh it,” he said. “It stunk because I would get to the next step sometimes, where there would be an appointment, but it would immediately be taken up.”

The family eventually hired a private passport courier company and got an early morning appointment in Buffalo last week. Hugh Ansty said he had to take time off work for the appointment, but still felt fortunate.

“I feel lucky that I had to pay somebody a hundred bucks to get me this appointment six hours from my house,” he said.

Fitz managed to secure a passport and left for his Iceland trip this past weekend.

Some officials, however, said these private companies are creating an additional layer of difficulty by reserving large blocks of urgent travel appointments for resale to the public, and have called on the Department of State to put an end to the practice.

“As we make strides in our fight against COVID-19, our offices have been inundated with constituent requests for help in securing passport service appointments,” Congresswoman Kathleen Rice said in a statement. “It is completely unacceptable that the integrity of the first-come, first-serve appointment process is being undermined by the predatory business practices of third-party passport courier services.”