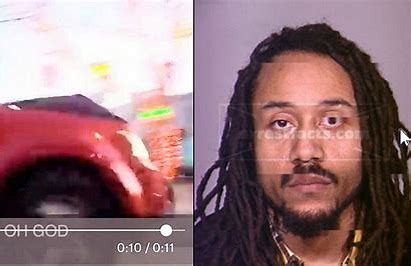 As reported yesterday, a man named Darrell Brooks has been arrested for ramming his SUV into a parade in Waukesha, WI. At least five people are dead with dozens of others hospitalized, some in serious condition.

Shortly after the release of the suspect’s name, his criminal history become a hot topic of discussion. Per other reports, it was District Attorney John Chisholm’s office (in Milwaulkee) that let Brooks walk free just two days prior on a $1,000 bond. That came after Brooks had been charged with multiple felonies over a domestic dispute that included him running over his girlfriend. She sustained multiple injuries, per police reports.

Now, the prosecutor’s office is trying to cover their tails, admitting that Brooks never should have been set free.

So those the people who let this man go are now investigating themselves over the policy they themselves set. Does that sound insane to anyone else? Where are the resignations? Because they should be immediate. For his part, Chisholm, as shown by his own public statements, is a radical leftist who has sought to institute “criminal justice reform” via “bail reform.” While perhaps noble in theory, the push has led to many violent criminals being released onto the streets that had no business not being in jail.

That kind of stupidity by these activist prosecutors is unforgivable, even more so now that we have five dead people to show for it. If someone wants to reform the justice system, they should propose solutions that don’t further endanger public safety and benefit career criminals. But to just stop enforcing the law while letting dangerous people back onto the street is not reform — it’s short-sighted idiocy.

Let’s also note that the police have admitted this was an intentional act, though, they are rushing to proclaim it is not “terrorism.” Good luck trying to figure out how purposely ramming a car into children isn’t a terroristic act, but that’s where we are. The authorities involved here, from the prosecutor in charge to law enforcement officials, are just maliciously inept and inconsistent, always seeking to cover their own tails instead of doing the right thing. Calls to reform the system should start there.

That won’t happen, though, because no one is going to be held accountable. This prosecutor will investigate himself and find that he did nothing wrong. By the end of the week, the story will have disappeared completely. Meanwhile, the far-left will keep pushing incredibly damaging “reform” policies without a second thought. Nothing matters to them but the political narrative.