Bumbling Bird Brain Beto, Told to ‘Get the Hell Out’ at Texas Campaign Stop 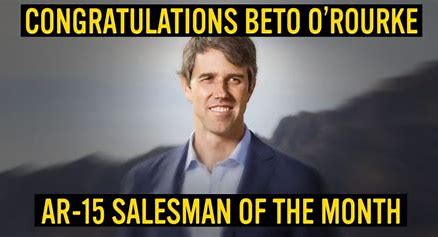 “I’m running to serve the people of Texas, and I want to make sure that we have a governor that serves everyone, helps to bring this state together to do the really big things before us and get past the small, divisive politics and policies of Greg Abbott,” O’Rourke told The Texas Tribune.

During a campaign stop in Houston over the weekend, O’Rourke was confronted by a man named Robert. Robert is a Texas rancher who told him to “get the hell out.”

“Beto, I’m Robert. I’m a native Houstonian. On behalf of the ranchers, the oil and gas, the farmers, like Maxine Waters, I’m in your grill telling you don’t come back. We don’t want you here. Get the hell out!” he said after shaking O’Rourke’s hand. “Hey Beto! Come and take it. It ain’t going to happen. You lost twice. No means no.”

The crowd then started chanting, “Hell no! Hell no!”

O’Rourke ran for U.S. Senate in 2018 and lost to Republican Senator Ted Cruz. In 2020, he ran for president and also failed. During his presidential campaign, O’Rourke said he would use the government to confiscate lawfully owned AR-15 sporting rifles. Over the past week, he’s doubled down on that promise.

3 thoughts on “Bumbling Bird Brain Beto, Told to ‘Get the Hell Out’ at Texas Campaign Stop”