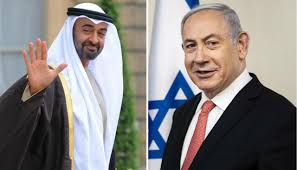 Prime Minister Binyamin Netanyahu’s flight to the UAE scheduled for Thursday has been canceled because Jordan is blocking the flight from passing through its airspace.

This move seemingly comes after Israel canceled a visit of the Jordanian Crown Prince to the Temple Mount on Wednesday.

Jordanian Crown Prince Hussein bin Abdullah had planned to visit the Al-Aksa Mosque on Wednesday, following ongoing talks with Israel over security. However, the prince arrived at the Israeli border with more armed guards than Israel had authorized. The additional guards were not permitted to enter Israel, and Prince Hussein canceled his visit.

It was earlier reported that Netanyahu had postponed his trip after his wife, Sara, was hospitalized early Thursday at the Hadassah Ein Kerem Medical Center in Yerushalayim after feeling unwell.

Netanyahu’s trip to the UAE would have been his first since the announcement of the Abraham Accords, marking peace and normalization between the Gulf state and Israel, in August.