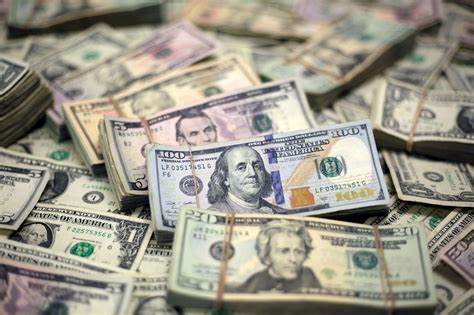 The Secret Service is looking to hunt down criminals who it said are responsible for the theft of nearly $100 billion in COVID-19 relief funds.

The agency, which is best known for its protecting political leaders but is also tasked with investigating financial crimes involving fraud, said in a Tuesday news release that it is appointing Assistant Special Agent in Charge Roy Dotson to oversee the recovery of funds lost to fraud.

While fraud related to personal protective equipment was of the highest concern early in the pandemic, federal funding as part of the Coronavirus Aid, Relief, and Economic Security Act, or the CARES Act, has more recently attracted the attention of criminals. The Secret Service estimates almost $100 billion has been stolen through the use of fraudulent COVID-19 relief applications.

Some $2.3 billion in fraudulently obtained funds have already been recovered as a result of investigations into unemployment insurance and Small Business Administration loan fraud, the Secret Service said. Those investigations have led to the arrests of about 100 people suspected of defrauding the government.

“The Secret Service currently has more than 900 active criminal investigations into fraud specific to pandemic-related relief funds,” Dotson said. “That’s a combination of pandemic benefits and all the other benefits programs, too. Every state has been hit, some harder than others. The Secret Service is hitting the ground running, trying to recover everything we can, including funds stolen from both federal and state programs.”

Dotson will be leading investigations in situations in which unsuspecting victims were used as “money mules” to move illicit funds around using cryptocurrency, the news release said. Dotson said the agency has seen a “huge uptick” in cases of suspects using electronic crime to carry out their fraud.

The CARES Act, which is just part of the federal relief that has been provided, was signed into law in March as part of a multitrillion-dollar legislative push to stimulate the economy.